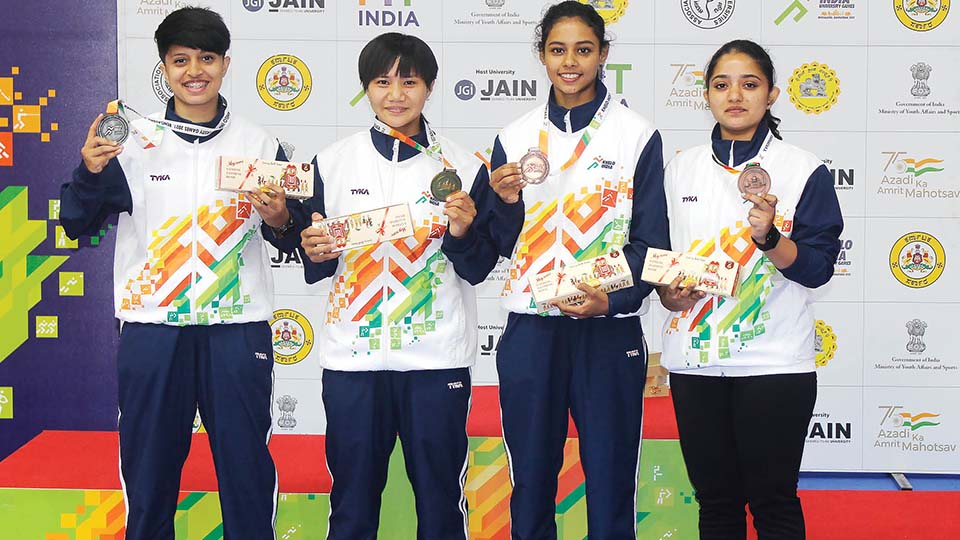 Top 8 karatekas at the All India Inter-University Games held at Kurukshethra University qualified directly for KIUG-2021.  They were divided into two pools of 4 athletes each.

Karatekas had to perform in their respective pools and the topper of the pool would directly qualify for the final bout. Points were awarded to the karatekas considering both technical and athletic performances.

In the first pool, Deia Urs secured 22.54 points as against Jadavpur University DebanjaliKarmakar’s 22.14, Saveetha Institute of Medical Sciences Abhinaya’s 21.66 and Gauhati University Chandini Jain’s 21.10, thus topping her pool and qualifying for the finals.

In the intense final bout, Deia Urs had to settle for Silver as Meson Singhi took the Gold with 24.22 points as against her opponent’s 23.82. Farshana and Priyanka shared the Bronze defeating their respective opponents in the reverse bout.

Deia Urs is the first girl from Karnataka to win medals at both All India Inter-University Karate Games and Khelo India University Games in the same academic year.