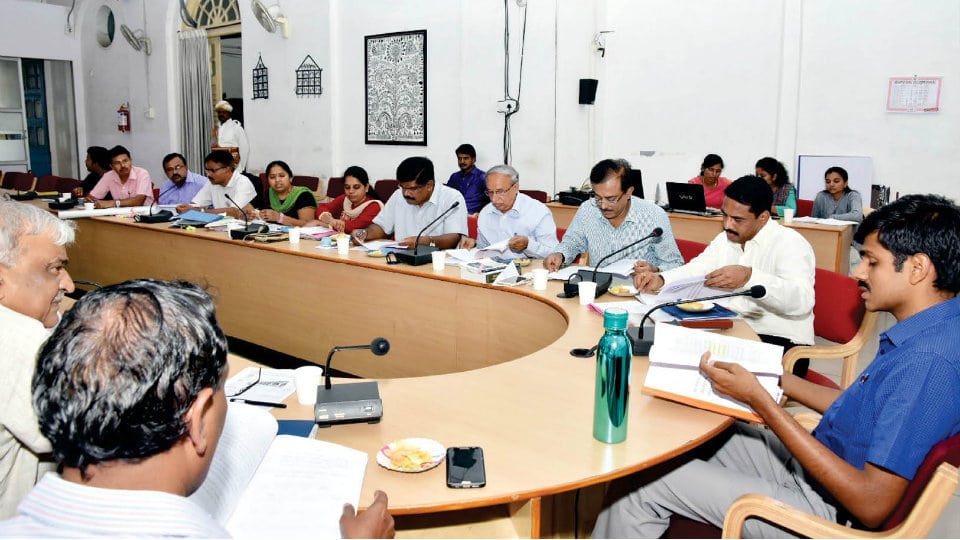 Final report to be submitted to DC within 15 days

Mysuru: The District Administration has formed a 15-member Expert Committee which will decide on the future of existing Devaraja Market building.

Deputy Commissioner Abhiram G. Sankar held a closed-door meeting with the District Heritage Committee at his office this morning during which it was decided to form an Expert Committee to review the situation of the heritage structure.

The 15-member Expert Committee, comprising historians, heritage experts, Mysuru Urban Development Authority (MUDA), Mysuru City Corporation (MCC) and Archaeology Department officials, will visit the existing Devaraja Market and inspect on various aspects of the building before submitting a consolidated final report within 15 days that would be forwarded to the State Government.

It was decided to form an Expert Committee in the wake of two contradictory reports being submitted to the District Administration by two different Committees — One suggesting to demolish the structure and another to restore.

Earlier, a three-member team of the Karnataka State Committee Task Force, headed by B.R. Sreenivasa Murthy, comprising Syed Shakeeb Ur Rahman, the then Principal of Sri Jayachamarajendra College of Engineering (SJCE) and C.N. Babu (now late), former Chairman, Institution of Engineers-India (IEI), had recommended for the demolition of the Devaraja Market building citing that the structure had become old and dilapidated.

Subsequently, the Heritage Committee recommended for the conservation of building. The Committee had recommended an end-to-end restoration of the structure so that it can last for another 50 years or more.

Meanwhile, the MCC in one of its Council meetings had decided to raze the structure following the Karnataka High Court’s order to demolition the market building.

Following this, DC Abhiram G. Sankar had submitted a report to the previous State Government. Now, since there is a change of guard, the State Government is said to have asked for a fresh report.

It may be recalled that a part of more than century-old Devaraja Market, towards Dhanvanthri Road, collapsed on the evening of Aug.28, 2016. However, no casualties were reported. But, many demanded demolition of the building citing safety of public.