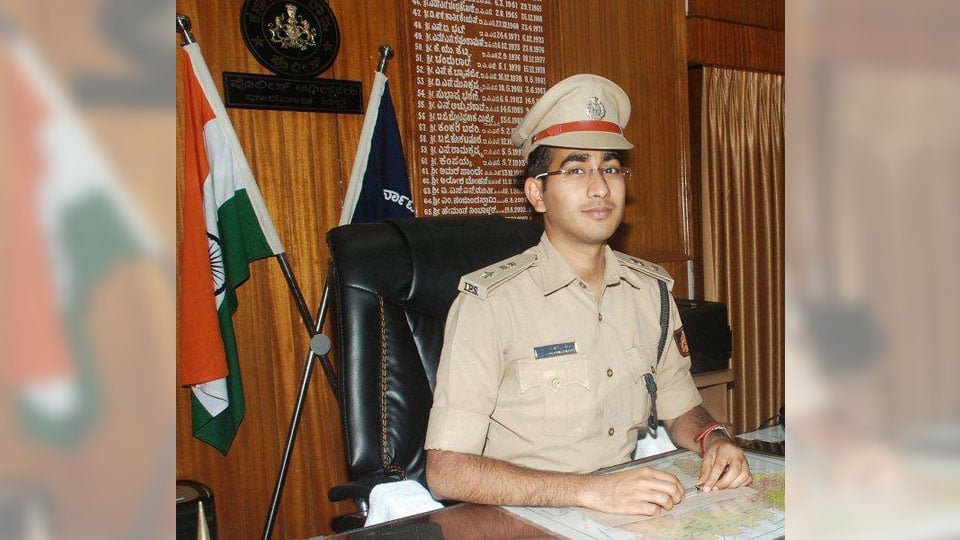 He took charge from Additional SP Geetha Prasanna, who was holding additional charge as incharge SP following the transfer of Kuldeep Kumar Jain.

Jain, who had served as Chamarajanagar SP for nearly 2 years, was recently transferred and posted as Vijayapura SP.

The Government then had posted Rohini Katoch Sepat in his place. But a few days later, the Government, after cancelling Rohini’s transfer, appointed Dharmendra Kumar, who was serving as Dharwad SP, as the new Chamarajanagar SP.

Chamarajanagar
Install pedestrian crossing over-bridges on wheels instead of subways
Dejagow played a key role in the growth of State Universities: Writer