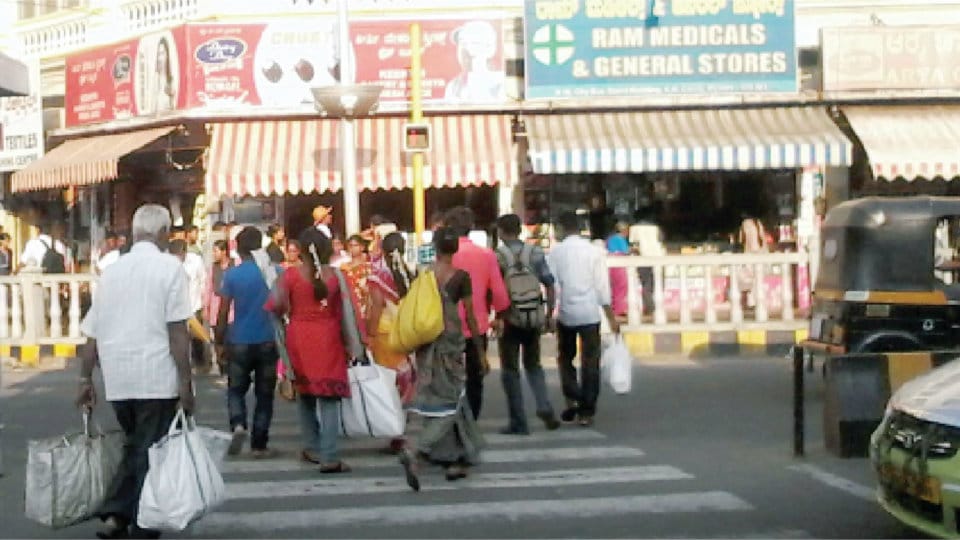 Install pedestrian crossing over-bridges on wheels instead of subways

This is with reference to the news item “Right time to open subway for pedestrians” (SOM dated May 2) at Dasara Exhibition Grounds, wherein it was wrongly indicated that it was under lock since its inauguration, which is not correct. Traffic Police are trying their best to direct the people towards the subway whenever the exhibition is open for public in Dasara Exhibition Grounds. However, public always complain about its poor maintenance and hence, they prefer to cross over the road, risking  the  heavy traffic, which is also true as I have also walked through the subway several times closing my nose.

Under Indian conditions, where civic sense is lacking in many people, it may be better if pedestrian crossing over-bridges are placed near the Palace East gate side and also at four sides of K.R. Circle. The bridges at K.R. Circle may be provided with wheels, like the one connecting Vaikuntam Q Complex and Srivari Nilayam in Tirumala. During the Dasara procession,  this bridge can be moved to a side or relocated and after the event, it can be put back in its position. This avoids a lot of congestion on B.N. Road, especially during Dasara season and also at K.R. Circle, as most of the times even well-educated people try to cross the road when green signal is not given for them to cross (see photo) due to lack of patience, risking themselves by standing in the middle of the road and disrupting the traffic movement.

The authorities concerned may look into the possibility of installing such bridges in the city. Otherwise subways should be made user-friendly. The only disadvantage with crossover bridges is that aged people may not be able to climb it.