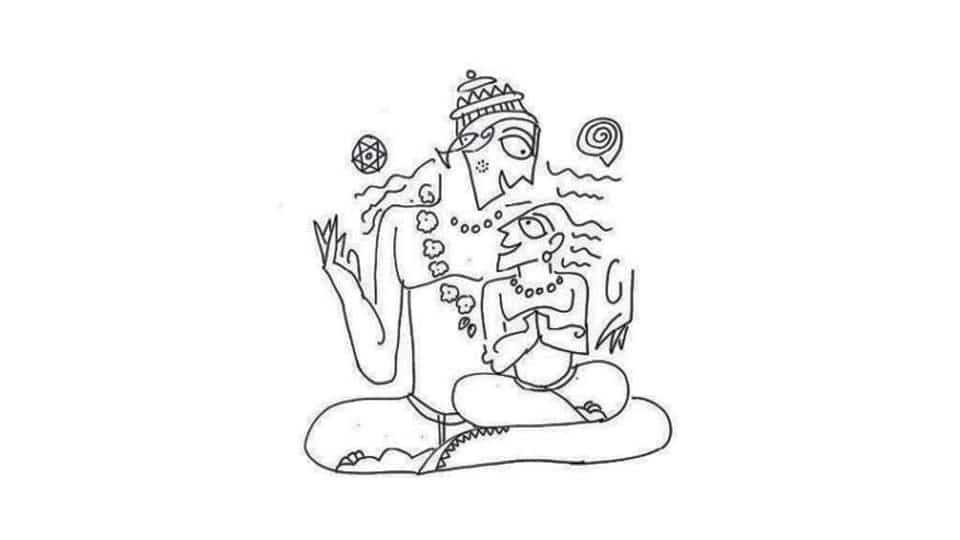 Dhruva or The North Star

The story of Dhruva comes from the Puranic traditions, especially the Vishnu Purana and the Bhagavata Purana. It is, at once, a metaphysical story, as well as a story of devotion, recounted most simplistically.

Once upon a time, there was a boy called Dhruva, who wanted to sit on his father’s lap. But when he tried to do so, he was pulled down by his stepmother, who insisted that only her son could sit on the father’s lap. She was, after all, the king’s favourite. Dhruva’s father did not protest and let Dhruva be driven away.

The boy asked his mother, innocently, how he could find God. The mother replied that God is present everywhere and if you concentrated hard enough, God would come to him. All he needed to do was think about God, all the time.
Dhruva took his mother’s advice seriously. Sitting in one place, he started thinking about God constantly. He focussed his mind to such a degree that he ignored the world around him — he was not able to smell, see, hear, or feel anything. He overcame his hunger and his desires. Everyone was amazed at the young child’s concentration. Eventually, Vishnu himself appeared before him and asked the boy what he wanted.

The boy asked if he was really God. Vishnu replied and said that he was indeed God. “Can I sit on your lap, then? I don’t want anyone to pull me down from your lap,” he said. Vishnu granted Dhruva’s wish and we are told that even today Dhruva sits on God’s lap, as the Pole Star.

In this story, there are many layers. One level becomes an etiological myth: how a country explains why the Pole Star is fixed in this position. Indian mythology explains that he is little Dhruva, seated on Vishnu’s lap.
At another level, the story is allegorical: it speaks of a father who is not willing to accommodate and give equal love to all his children, because he favours one over the other. This favouritism of the king prevents equal distribution of his affection, creating sorrow and unhappiness in his kingdom.

Thus, the story is as an explanation of human behaviour and conduct. Using allegory, it shows how human desires create suffering in the material world. The only way to outgrow this desire is through devotion to God. This is from bhakti tradition, which emerged in India 1,500 years ago, but amplified itself 500 years ago.

This story is often told as a children’s tale, with the adage that one should look to the north to learn of the steadfast devotion of Dhruva, who not only brought God to earth, but elevated Dhruva’s stature to the heavens.