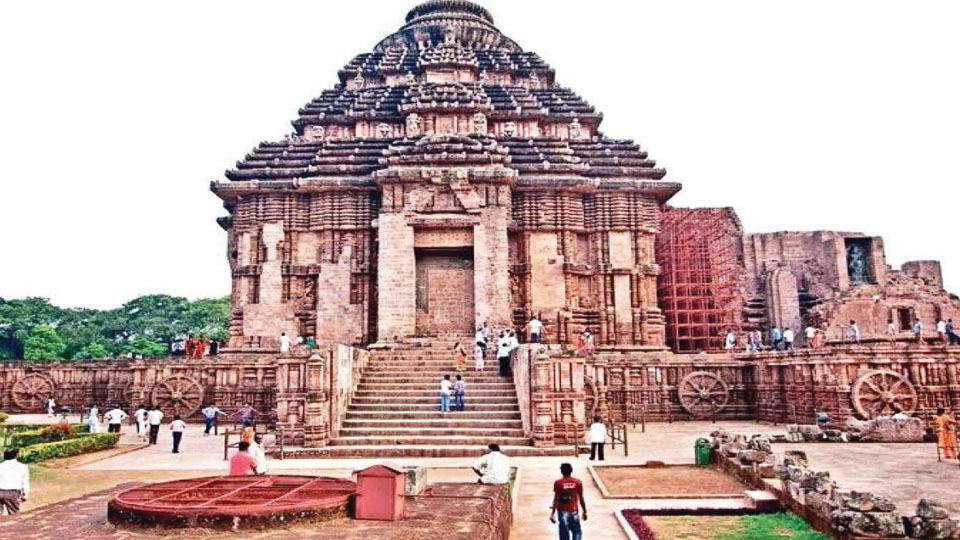 Reading about sex-related offences committed by men in our daily newspapers and viewing them with news reports and in panel discussions on TV, I am left wondering what could be the cause for such crimes and how could it be checked if not completely curbed.

In simple words, the cause could be the basic instinct of human beings which is sex. Nature or God must have provided it for the purpose of propagation of species. According to science, the male hormone known as testosterone triggers sexual urge in men. Likewise, it is the hormone known as progesterone that triggers desire for sex in women. While it is produced in testicles for men, for women it is in the ovary. Let it be.

As a civilised society, we have laws in our country, to deter and punish those who commit sex-related offences, like the IPC, POCSO… etc. However, like other offences — physical attack, murder, theft, dacoity, cheating, embezzlement etc. — the sexual offence also would take place in spite of the laws. After all, these human misconducts and perversion, specially sex and alcohol, are as old as hills.

Even those who are under the vow of celibacy as priests or monks succumb to the temptation of sex. The only way to deal with this offence is to catch the criminal and punish him as per law of the land. The problem is when the law-enforcing authority and the judges who deliver justice fail in their duties (responsibility) or when they become lax, for whatever reason.

Be that as it may, I am prompted to indulge in this subject sex as I was reading a highly readable book on Hinduism “The Great Hindu Civilisation” by Pavan K. Varma. It deals at length about Hinduism over the past 10,000 years, its vedic sutras and mantras and all that proceeded from Vedas like different schools of thought, philosophy (Advaita, Vishishtadvaita and Dvaita). It discusses Sankya School initiated by sage Kapila who propounded the cosmic duality of the universe consisting of Purusha and  Prakriti (male and female) which represents, plainly, the ‘potentiality of nature.’ Thus the universe evolves. Man is, of course, part of it with five cognitive organs — taste, touch, sight, sound and smell. Now let me come to the subject under my reflection — sex.

An important institution or philosophy in Hindu life was of the four Purusharthas, the goals of life. They were Dharma, Artha, Kama and Moksha. Dharma may be interpreted as righteous conduct in our day-to-day life, “duty, virtue, goodness, right action, piety, law and action.” It is not per chance that Hinduism has Dharmashastra (600-300 BCE), Dharmasutra (200-900 BCE), even the famous name in the great epic Mahabharata, Dharmaraya! Our former Prime Minister Atal Bihari Vajpayee too spoke of Dharma, Raja Dharma but forgot to mention the Praja Dharma in Democracy. Let it pass. To revert to Dharma, it is sukshma, elusive and subtle.

What is Artha? Pursuit of material well-being — tangible. Earning wealth, because “poverty is living death.”

Then, the next Purushartha is Kama, desire. Philosophically, it was an attempt to “integrate desire and the sexual urge (within a spiritual framework!)”. In fact, it is eroticism as its natural attribute. Brihadaranyaka Upanishad seems sensually descriptive about sex act, copulation, comparing it metaphorically to a sacrificial fire (havana). Modesty restrains me from sharing it here.

But let me move on with this serenade of sex. Kama in the Purushartha may mean being a householder, a good family man. To be that, the divinity Kama must play his role. Bestower of love. Atharva veda exalts love in a hymn as supreme God and creator. Well, when love works between man and woman, there is creation — baby! So Kama, equal to Roman Cupid, has an important role in taking us to Moksha, heaven or ultimate liberation — to that ultimate goal of Purushartha. As the father so the son — Kama is the son of Vishnu and Lakshmi — just for information on parents! Did you get me Steve?

READ ALSO  Dr. Satish Rai as I knew him

According to Hindu mythology, Kama’s most important role was in distracting Shiva from his deep meditation by arousing in him amorous thoughts about Shiva’s wife Parvati. He succeeds of course and it is another story. However, I was enthralled reading in Pavan Varma’s book the description of the impact of Kama on everything around him as he made his way to Shiva as described by Tulsidas in his Ramcharitmanas. “As Kama approached (Shiva) the scriptures hid in the crevices of the mountains; all creations — animate and inanimate — awakened to his touch; rivers swelled to reach the ocean; rivulets, ponds, creeks sought to merge with each other; trees bent towards each other; birds and animals swayed under his magic; even the Sanyasis and Yogis could not resist his influence.” Could not resist the sexual urge, the basic instinct. Today we read and hear about many who cannot resist the influence of God Kama going to jail! Let us be warned!!

Alas, though mind his strong, the flesh is weak. In mythology we have the case of Sage Vishwamitra. Menaka was the heavenly seductive beauty. When Vishwamitra saw Menaka, her beauty incited his lust and passion so much he was impatient to cohabit and enter her.

Menaka had succeeded in breaking his meditation as in the case of Shiva whose meditation was broken by Kama. Vishwamitra, being a Sage, was supposed to observe celibacy but his lust so overpowered him, he created the veil of mist around, so that nobody could see them making love. Story continues but enough for this subject of sex and its effect on people.

And finally, the most widely known and famous treatise on the art of love is Vatsyayana’s Kamasutra, reduced  to stone relief, including some in coital postures, at Khajuraho temples and in the Sun Temple at Konarak, Puri, Odisha. Pavan Varma writes that “Kama is, therefore, not a sanction for hedonism. It is not a licence for uncontrolled licentiousness. The genius of Hindu vision lay in the inclusion of both the material and the sensual among the four highest goals of life.” They are, as mentioned earlier, Dharma, Artha, Kama and Moksha. Follow this path to reach the ultimate goal of life — Moksha.