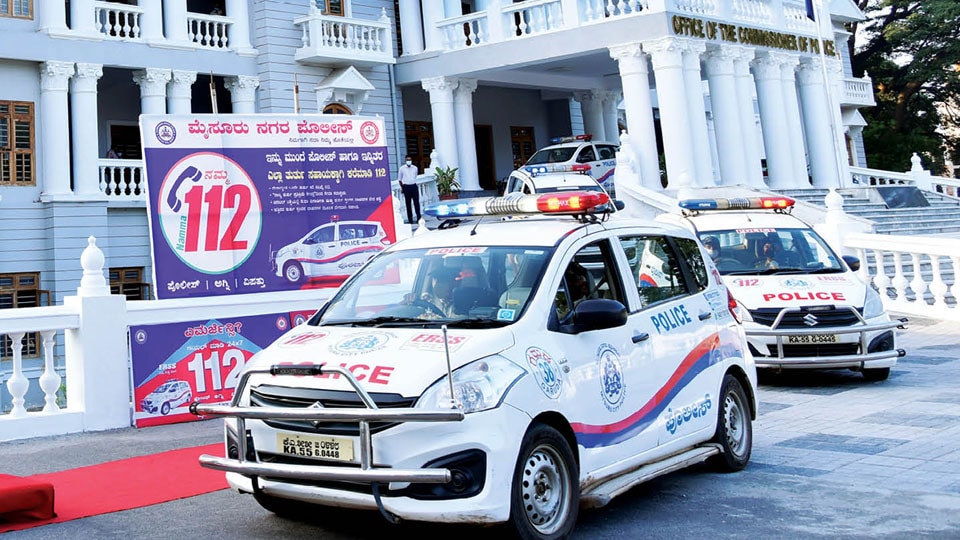 Mysore/Mysuru: The ERSS (Emergency Response Support System) integrated emergency response system with a single emergency number 112 has so far proved beneficial to the Police as it has enabled them to prevent crimes. The number, however, has to settle in among residents for the system to become more well-oiled and efficient.

In a communiqué, City Police Commissioner Dr. Chandragupta said that the Police could prevent the theft of a sandalwood tree and save a child from being married off. The crimes were curbed as the Police teams were able to reach the spot in a flash.

On the night of Dec. 20, the 112 received a call from the public who alerted about a few persons moving in a suspicious manner near RMP Quarters at Ashokapuram Police Station limits. A Police team was rushed to the spot and on seeing a Police vehicle, the criminals, who were chopping a fully grown sandalwood tree, fled from the spot and escaped into darkness.

The Police team seized tools that were brought to the spot to cut the tree and the case has now been transferred to Ashokapuram Police for investigation. Finger prints have been collected and efforts are being made to trace the culprits.

The Commissioner has appealed to the public to call 112 at any time of the day or night about any information about any crime. The automated facility will handle all emergency signals and provide assistance available to the people in distress within the best possible time with the help of Police, Fire and Rescue, Health Services etc.

ERSS tracks the rescue and service vehicles of all services in real-time and hence, it will be possible to direct the right vehicle(s) to reach the service requester and provide necessary support immediately, he has stated.