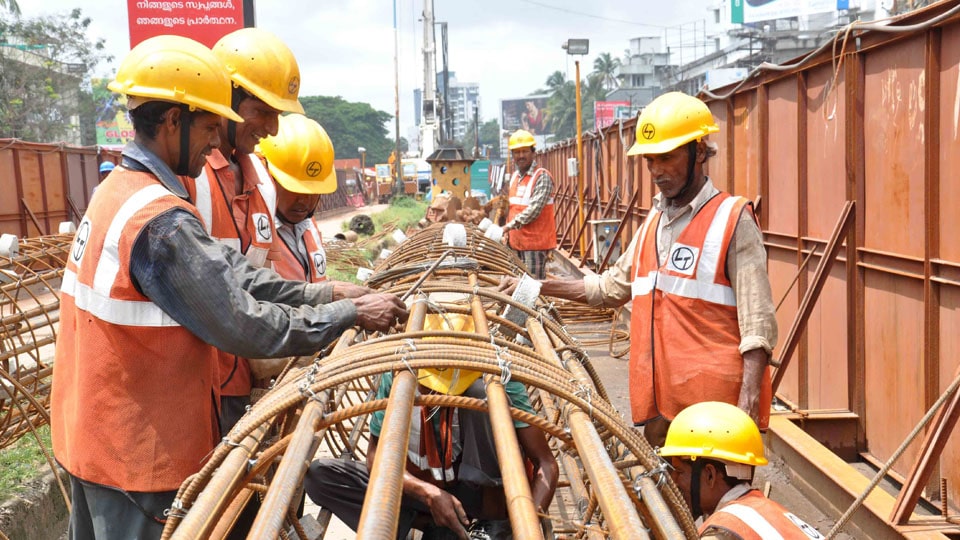 The expression Dignity of Labour reflects the philosophy that all types of jobs are respected equally without belittling any of them. No occupation is considered superior and none of the jobs should be discriminated on any basis. Paradox or absurd, some jobs that cannot be postponed and the workforce engaged on them are called menial, unarguably a term bestowing a low rank in the hierarchical arrangement of both. Many jobs, the terms used for describing them have witnessed a change earning them some degree of dignity. Some of those time-honoured terms that flash across one’s mind, such as scavenger, barber, sweeper and so on are not in common usage in our times. While the word barber has been declared unparliamentary, the personnel engaged on other aforementioned jobs are called civic workers, bringing in the wake of that change a few welcome measures relating to their working conditions. Home-makers in many regions of the country, particularly the urbanites, wake up in the morning to welcome the house maid on the dot, even a few minutes delay triggering anxiety. This most indispensable human being is nowadays honourably called domestic help.

The outlook to work reflected in the expression attributed to the twelfth century social reformer Basavanna that it is heavenly to be always engaged on work is more quoted by public speakers than complying. A Kannada proverb that translates to connect toiling with comfort in life seems to have rubbed off on present generation.

The jobs mentioned earlier are figuring in public domain in different dimensions for diverse reasons. The civic workers are gradually getting their dues in the form of compensation, working hours, equipment and also opportunity to voice their views on bettering their lot. The erstwhile barbers, now elevating their profession to be hair-dressers, have not only modernised their tools but also command income at a level of comfort. However, the lot of domestic help doesn’t seem to have changed significantly. While in the mega cities the workforce of this profession are not complaining, their counterpart in smaller cities such as Mysuru are yet to call the shot, particularly on the count of job security. The demand for enacting a law to strengthen the social security net for domestic helps is currently staring at the Government.

The days ahead may witness rallies like the one staged by domestic workers early this week in Shivamogga to press for early redemption from their many grievances. Two of their various demands, namely rise in emoluments and weekly leave on par with workers of the formal sector may be addressed by the Government. But, to what extent the law becomes a reality will remain a big question.