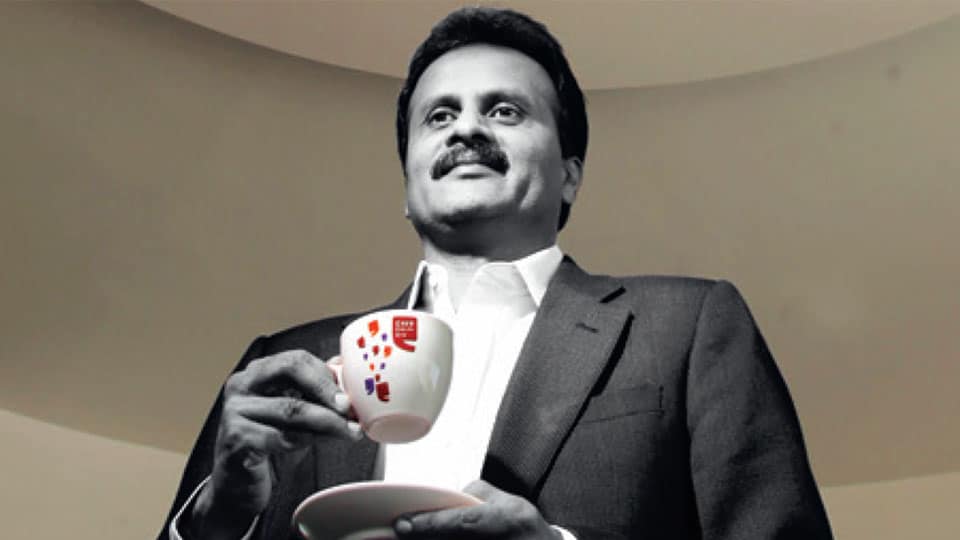 Strength is Life, Weakness is Death

The death of V.G. Siddhartha, Founder of Cafe Coffee Day (CCD), shocked everyone but the way he died was what made it disturbing, sombre and sad. Now it has been assumed that the “reclusive billionaire,” once ranked the 75th richest man in India by Forbes magazine-2015, gave up on life because of money problems !

Siddhartha is special to many in Karnataka and India for different reasons. For the youth of the 1990s, he was an entrepreneurial success to be emulated. For the millennials, he was the coffee guy who made their dates romantic and gave them an interesting place to hang out.

For many of us from the 1990s, he gave us many first-time experiences.  In 1996, as the IT boom was trickling in, most entrepreneurs in the food industry were busy opening pubs, but it was only Siddhartha who stood out, as he gave us mugs of coffee and worldwide web while others were handing out mugs of beer and French fries.

He had successfully merged technology with coffee and turned it into an enjoyable, educational experience. And in doing so we also got our first taste of what a café is like. And while at it, many of us learnt our very first word in Italian  — cappuccino. Then, of course, we learnt that one could draw a heart on froth, which was very helpful in our romantic endeavours.

Many years later, he also made me feel proud; as it was the first time I saw an Indian brand abroad. CCD had opened a café bang at the centre of a high street in Vienna, a city known for its Coffee Houses. Here, CCD was selling samosa, stamping its Indianness and doing so while competing with the likes of Starbucks and other European Coffee Houses.

Siddhartha was soft selling the idea of a New India. After all, for a nation to proclaim it is a global economic power it must also have global brands. What Starbucks or McDonald’s does for the perception of US business, CCD is doing for India.

Many have found the growth of CCD quite remarkable. Very aggressive even but the man behind it was anything but that. I was fortunate enough to meet him last year when we spent 30 minutes talking about various topics, from journalism to coffee, to diving spots in Andaman. There was something kind about the man, which made him instantly likeable.

Towards the end of our conversation, I told him I was surprised to see his article in Outlook Business with his old family photos. He said, “Why surprised?” I said because you are supposed to be the “reclusive billionaire.” He laughed it off saying, “you journalists love giving out titles.” Now, when I think of the story from Outlook, it makes me wonder ‘was it really the inability to pay his debts or was it about honour?’

Because in his Outlook interview he says, “I heard so many stories about so many men around Chikmagalur, who were admired for their deeds. They were legendary and everyone talked fondly about them, they were respected. I grew up hearing these stories from my dad and uncles. My father always said, ‘Name is more important than money.’ I keep repeating this to my kids, Ishan and Amartya.”

And the truth is Siddhartha has become a legend in his home district. He was the benevolent son of the soil who generously gave. He provided employment both in his estate and CCD chain. He had even begun to build a multi-specialty hospital in Chikmagalur, which would provide free treatment ! He had become one among the legendary men he spoke of in that interview.

So probably with the ongoing financial crisis he feared he could not be this benevolent a man anymore. He probably feared that with the tax evasion charges gaining credibility his good name would be sullied. After all, his father had told him “Name is more important than money.” And may be somewhere he felt guilty that he had chosen net-worth over self-worth.

Siddhartha’s death brings forth many issues. Glaring one being the financial stress on an entrepreneur. It’s like riding a tiger — you cannot get off as you will be deemed a failure and your future projects will not get funding. And if you continue to ride, you are in perpetual fear wondering how long you can hang on. That is why in the US it is said one in three entrepreneurs suffer from Depression !

Dr. Dayal Mirchandani, a Psychiatrist based in Mumbai, speaking of mental stress on entrepreneurs  said, “Successful people fear loss of face more than loss of money. This may be true especially of those who have been put on a pedestal. When faced with a crisis, they may be unable to see a way out. The individual gets tunnel vision, so although there may be alternatives, they feel death is the only way out.” Seems like a diagnosis of Siddhartha?

Making it worse is the fact that in today’s business world showing any kind of vulnerability is shunned upon. Because showing any sign of mental weakness could affect their market value. So business leaders silently suffer until they feel death is the only remedy  instead of getting professional help.

That said,  now while many are blaming the Income Tax Officer, pointing fingers at “our” system, calling private equity firms as loan-sharks etc., we have to realise that while our system and our officers are indeed a cause for mental trauma, our businessmen and corporates are not always ‘innocent victims.’

Siddhartha also had his dark side. It has been reported that he had quite a few shell companies. There was lack of ‘investment discipline.’ Even worse, his business was mixed up with politicians.

For now, a lot of entrepreneurs are living a lie. They are living by a credo —  “fake it till you make it.” Deriving their self-worth from their net-worth.

Ironically, Siddhartha had the best advise for entrepreneurs which unfortunately he himself did not follow. He had said, “As an entrepreneur, you just can’t afford to lose hope. Your body better be like a shock absorber…Every morning, when I open my cupboard, the Vivekananda poster reminds me Strength is Life, Weakness is Death.”

2 COMMENTS ON THIS POST To “Strength is Life, Weakness is Death”