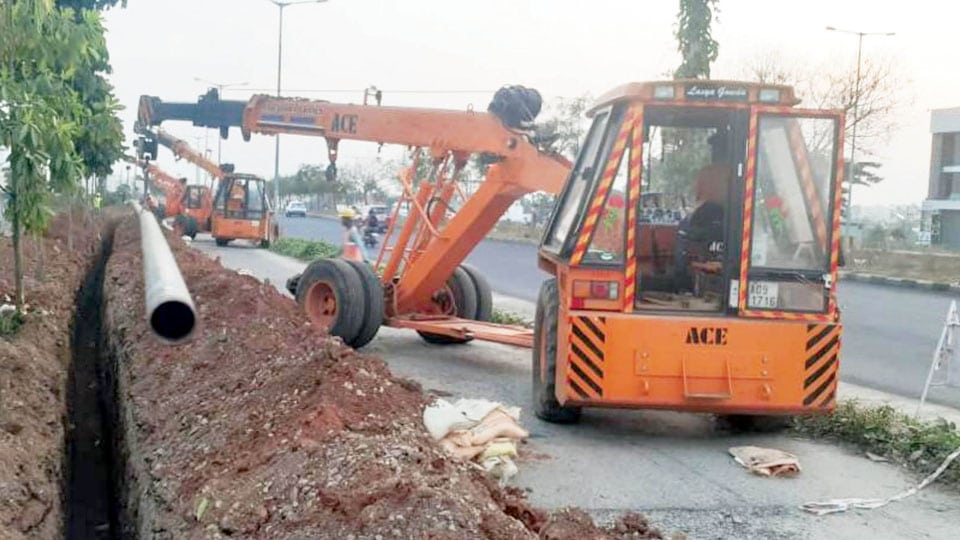 Mysore/Mysuru: Despite stiff opposition from a section of elected representatives and Corporators, the Mysuru City Corporation (MCC) has accorded permission to implement the ambitious project of procuring cooking gas through pipelines through Piped Natural Gas (PNG) that was announced in September last year.

Trenches will be dug to lay the pipelines and the requisition was submitted to the MCC by the company on May 9 this year. The MCC has fixed the road-cutting fees as per the guidelines of the State Government and is also levying inspection fees as per norms.

In-Charge Mayor Sunanda Palanetra said that she was happy that the project was approved and will begin implementation during her term. “Yes, there was opposition from the elected representatives but the Council has passed a resolution in this regard. It is a people-friendly project and it will be implemented in phases,” she said.

MP Pratap Simha, who is a strong advocate of the project welcomed the MCC approval and said “We need to change as per the needs of the people and just to oppose a project for the sake of opposing it is not acceptable. People are intelligent and they will make a wise decision. The PNG project is eco-friendly, public-friendly and also secure. I am happy that the project is seeing the light of the day,” the MP said.