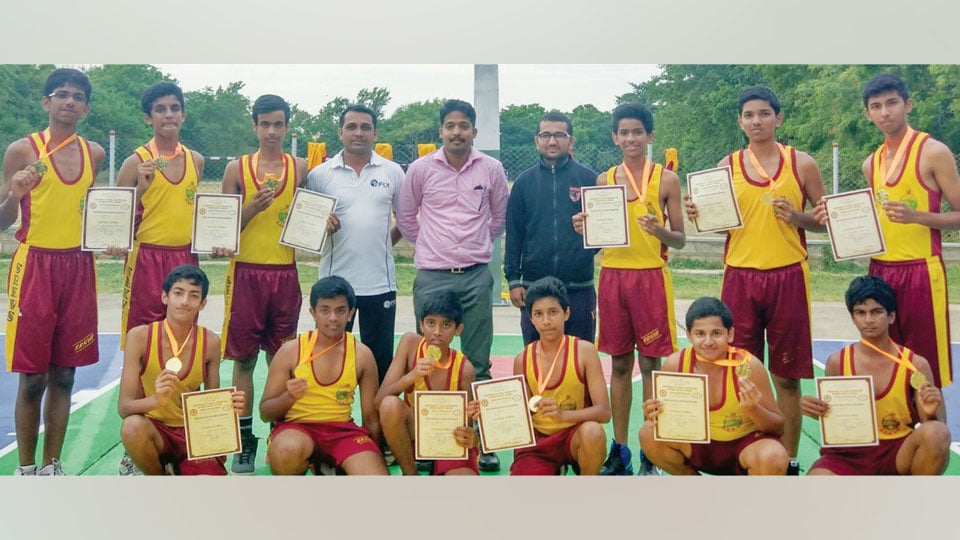 Sri Ramakrishna Vidyashala emerged as champions in the District Level U-17 Basketball Tournament 2017 organised by Department of Public Instruction at University Grounds recently.

They beat Baratiya Vidya Bhavan High School 39-18 in the final.

In a keenly contested match, BVB took an early lead 12-06 at the end of second quarter but SRKVS reduced the deficit to 15-16 at the end of the third quarter. SRKVS combined well and played with lot of purpose in the fourth and final quarter and won the match with a 21 points difference.

Earlier in the semi-final SRKVS beat Sadvidya HS by 25-05 while Bharatiya Vidya Bhavan beat St. Joseph by 32-12 to set up the title clash.  Rishab Roy of SRKVS was the top scorer in the final with 20 points.