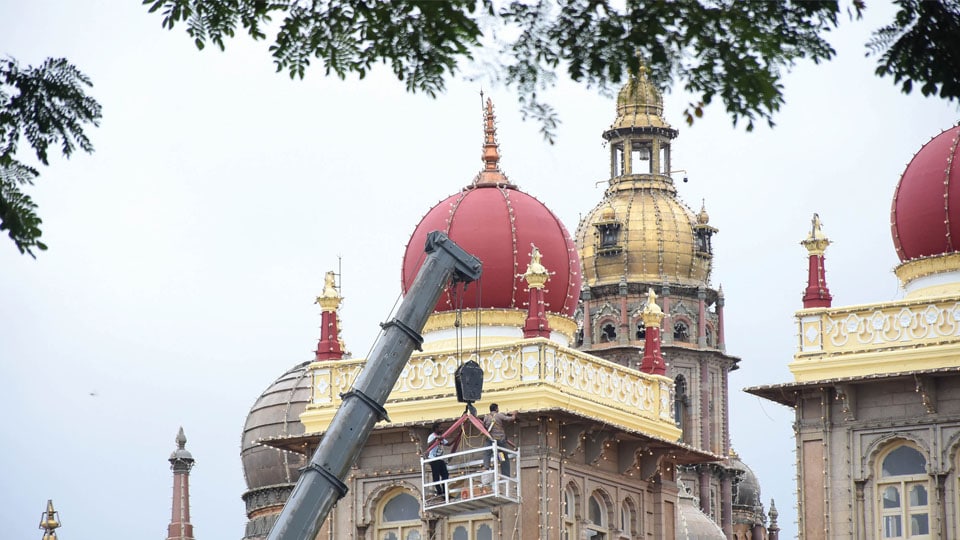 Welcoming CM Basavaraj Bommai’s decision to invite S.M. Krishna for inaugurating the Naada Habba, Somashekar said that Krishna must be credited for making Bengaluru an international IT-BT hub, when he was the CM over two decades ago. Pointing out that Bengaluru came to be known as Silicon City for its IT hub, he said that it is a matter of delight that Krishna has been chosen as the dignitary to inaugurate Dasara this year.

Maintaining that Krishna transformed the State through his foresight, he said that the former CM must be credited for the concept of Townships in the State.

Welcoming the decision, MUDA Chairman H.V. Rajeev said, S.M. Krishna turned the State into a knowledge centre through Development Mantra. The CM has taken a good decision in inviting Krishna, who hails from Mandya of old Mysuru region, for Dasara inauguration, he added.

Chamundeshwari MLA G.T. Devegowda said that veteran politician S.M. Krishna has served the country in various capacities — as Karnataka CM, Dy. CM, External Affairs Minister and as a Governor, besides holding many other top positions. He was thankful to Bommai and Mysuru District Minister S.T. Somashekar for selecting S.M. Krishna as the dignitary to inaugurate this year’s Dasara, he pointed out.

Chamaraja MLA L. Nagendra said that he whole heartedly welcomes the CM’s decision of selecting Krishna to inaugurate Dasara. Contending that Krishna is a good orator and a highly qualified person who transformed Bengaluru into a worldclass IT hub and gave a big boost for development of the State, he said that he will pray to Goddess Chamundeshwari for making the State fully COVID-free at least after Dasara.

MLC Sandesh Nagaraj said that S.M. Krishna was not only a politician but an intellectual and a statesman. Contending that Krishna’s contribution to the State as the CM cannot be forgotten, he said that Krishna must be credited for putting Bengaluru prominently on the global map. It is a matter of joy that such a personality has been selected for Dasara inauguration, he added.

MLC Marithibbegowda said that S.M. Krishna is one of the senior most and outstanding politicians of the State, who made Karnataka proud not only nationally but also internationally.

Noting that it was S.M. Krishna who introduced the model concept of Mid-Day Meals scheme for school children, he said that the former CM had made a lot of contribution for old Mysuru region, which he belonged to. Welcoming the decision of the State Government, he thanked the CM for selecting the veteran politician for Dasara inauguration.

KPCC Working President and former MP R. Dhruvanarayan said that he welcomes the Government’s decision. He further said that he has no reservations on selecting S.M. Krishna for doing Dasara honours.

Former Chamaraja MLA Vasu said that S.M. Krishna stands at the top in the list of leaders who gave a new direction to the State. Pointing out that Krishna is a humble person, he said that Krishna contributed a lot for the development of key sectors such as IT-BT, Tourism, Education and Health. Terming Krishna as a visionary, he said that the Government had made the right decision in selecting the former CM as the dignitary for Dasara inauguration.

BJP National General Secretary C.T. Ravi, who is also a former Minister, said that Krishna is a non-controversial person and had made a name for himself in national and as well as State politics. He further said that the Government has taken a good decision of inviting Krishna for inaugurating Dasara.

Noted writer Prof. Aravind Malagatti said that Krishna is a humble politician who must be credited for making the State known globally for its IT-BT hub and research. Pointing out that Krishna has stayed away from active politics, he said that the Government had taken a right decision by selecting the former CM for doing Dasara honours.

Dignitaries who inaugurated Dasara from 1999 to 2020