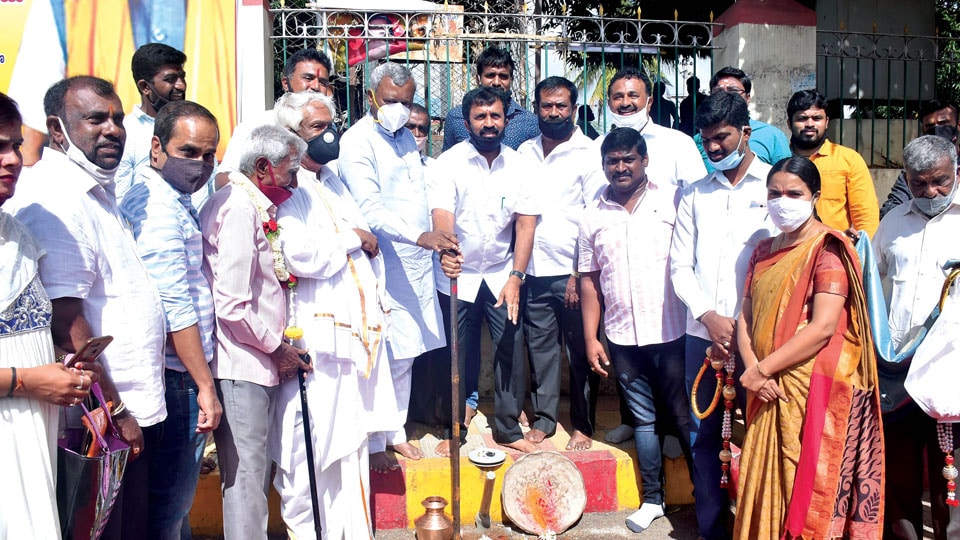 The Minister said that the State Cabinet in its last meeting has cleared Rs. 110 crore project to switch over to LED bulb street lights all over the city on pilot basis. This project was moved by the City MLAs S.A. Ramdas and Nagendra, and Chief Minister B.S. Yediyurappa approved it. Another project proposal of Rs. 150 crore is pending before the Government, he added.

Nagendra said Rs. 200 crore proposal will be submitted to the Government for overall development of the Constituency. No Legislator in the past had got so much of funds that he had brought from the State Government in the last one year.

So far, Rs. 5 crore has been spent on development of the Constituency. The renovation of a bus shelter at K. Puttaswamy Circle is being taken up at a cost of Rs. 35 lakh.