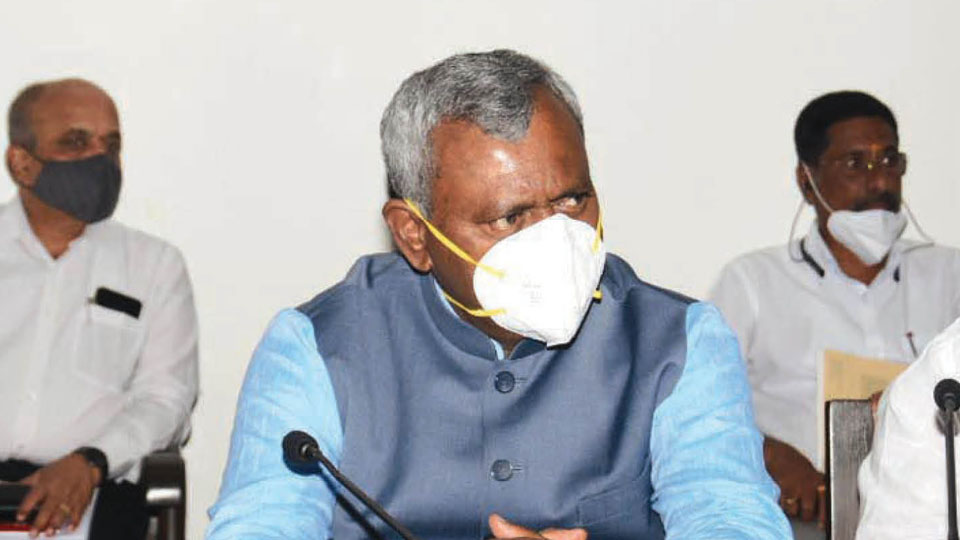 Mysore/Mysuru: Amidst growing chorus including from well-known Mysuru residents against the proposed ropeway project atop Chamundi Hill, Mysuru District-in-charge Minister and Minister for Cooperation S.T. Somashekhar said that the public opinion against the project will be conveyed to the CM Basavaraj Bommai.

The revival of the ropeway project to Chamundi Hill — which was kept in the backburner for years due to constant opposition to it from various quarters — was announced in the last budget presented by the CM, who also holds the Finance portfolio.

Ever since the project was announced to be taken up under the Centre’s Parvat Mala Scheme, opposition has been growing. Well-known personalities including Chamarajanagar MP V. Sreenivasa Prasad, member of erstwhile Mysore royal family Pramoda Devi Wadiyar and former Mayor B.L. Bhyrappa opposed the project tooth and nail.

Joining the chorus were various environmental groups and organisations. Bowing to public pressure, Minister Somashekar told reporters in Bengaluru that the Government won’t pursue the project if the public doesn’t want it. He told reporters in Mysuru yesterday that he has examined the statements in the media and would convey the sentiments of the people to the CM.

“The ropeway project has both pro- and anti-stance and the CM has to decide on it. Regarding the restoration of Devaraja Market and Lansdowne buildings, MLA L. Nagendra has already brought the issue to the attention of the CM. All the issues will be suitably decided,” he said.

2 COMMENTS ON THIS POST To “District Minister on Chamundi Hill Ropeway: ‘Will bring anti-project opinions to CM’s notice’”