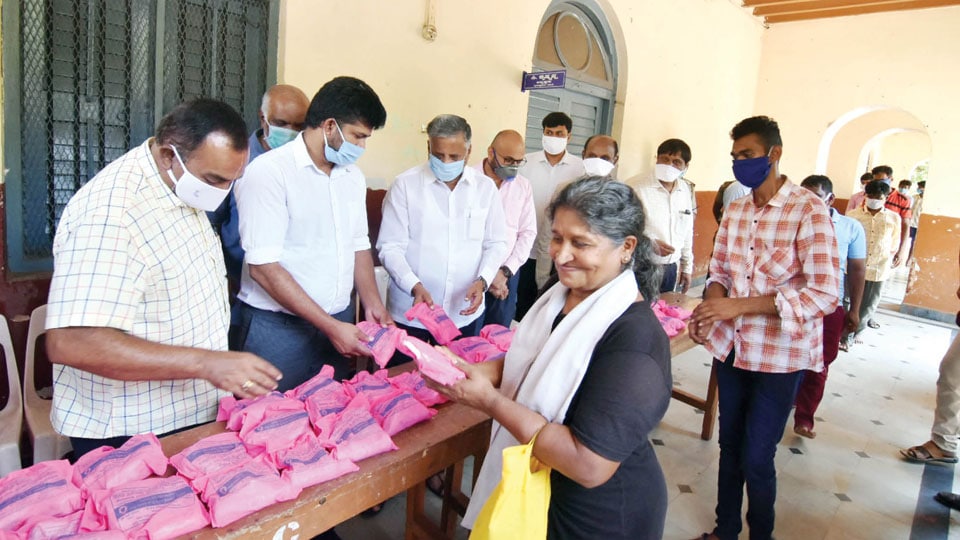 Mysore/Mysuru: District Minister V. Somanna, who visited the choultries and Youth Hostel, where many travellers and the shelterless are housed, inspected the places and took stock of the situation this morning.

The Minister, who first visited the CITB Choultry in Siddarthanagar, where nearly 162 tourists from Rajasthan are housed, inspected the place and spoke to them.

Minister Somanna then visited Nanjaraja Bahadur Choultry, where nearly 217 travellers and homeless people are housed and served them breakfast.

Speaking to the media, Somanna said that Mysureans have displayed their humanitarian concern by serving food and other essential commodities to the needy in this difficult times and lauded several voluntary organisations for extending their support.

Continuing, he said that he had been to CITB Choultry at Siddarthanagar where 162 people from Rajasthan who were sent back from Maharashtra border are housed and added that the District Administration with the help of various organisations are taking care of them.

The Minister later visited the Youth Hostel, where 450 people are housed. He said that food and medical care is being taken care and added that cleanliness is maintained at all places where travellers, who are unable to go back to their native places and homeless people are housed.