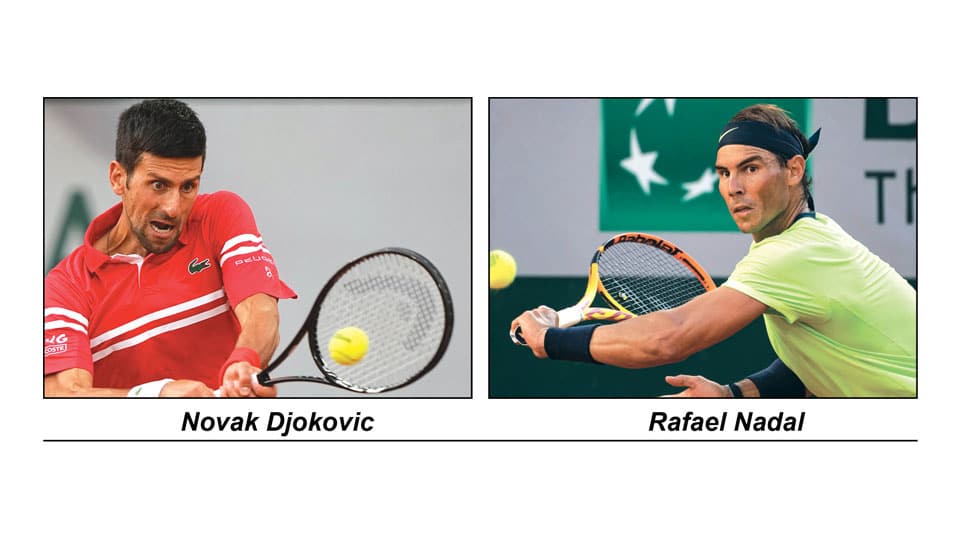 Djokovic-Nadal to meet for 58th time in Semi-finals

Paris: Novak Djokovic set up a 58th meeting with Rafael Nadal on Wednesday when he reached his 40th Grand Slam semi-final at the French Open despite being held up by 5,000 fans needing to be evacuated to conform with a COVID-19 curfew. The semi-final clash is scheduled for tomorrow.

With Djokovic’s match extending beyond the national 11pm curfew, play was halted for around 20 minutes at 3-2 in the fourth set so that 5,000 fans could be funnelled out of Court Philippe Chatrier.

While Zverev eased into his first French Open semi-final with a 6-4 6-1 6-1 win over Spain’s Alejandro Davidovich Fokina on Tuesday, Stefanos Tsitsipas beat Russian rival Daniil Medvedev 6-3 7-6 (7-3) 7-5 to reach the semis.