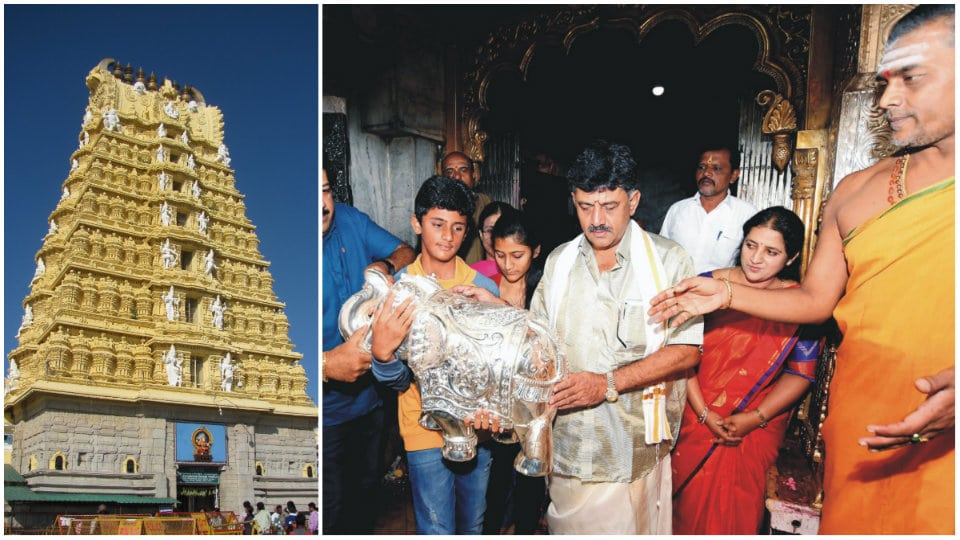 Mysuru: Energy Minister D.K. Shivakumar (DKS), accompanied by family members, visited Chamundeshwari temple atop Chamundi Hill this morning and performed special pujas. The Minister also offered two silver elephant idols to the temple. Speaking to press persons, Shivakumar said he had visited the temple to fulfil his vow. Wishing the people on the occasion of Dasara, the Minister said that he was not shaken by last month’s IT raids. Stating that the IT Department was doing its job, he asserted that he had nothing to hide and everything he did was within the legal purview.

It may be mentioned here that this was Shivakumar’s second visit to the Hill temple after  IT raids were conducted at his residence and offices in Bengaluru and Mysuru in the first week of August.