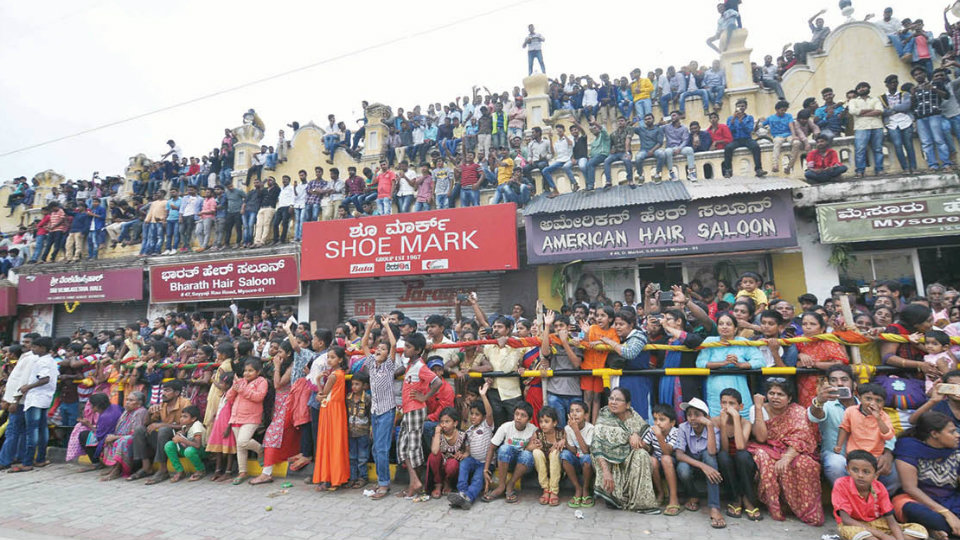 Mysuru: Concerned by the dilapidated state of buildings along the Jumboo Savari route, the MCC Commissioner has issued a directive to people not to climb the heritage structures on Sayyaji Rao Road on Oct.19, the day of Dasara procession.

This order applies to both Government and private buildings. The order states that at no point, people will be allowed to climb the structures, especially during the time of the procession. The order has been issued under Karnataka Municipality Act 1976 Sections 322 (1) and 3 that deal with precautions to be taken with regard to dangerous buildings.

It may be recalled here that even last year too, the MCC Commissioner had issued similar order preventing people from climbing dilapidated structures along the Jumboo Savari route. Despite the order, hundreds of people were seen climbing heritage structures to watch the grand spectacle.

Last year, the Police were seen trying to convince people to get down from the buildings. Besides, people also climbed on to trees to get a glimpse of the Jamboo Savari. People were seen even on the dilapidated and partially collapsed Devaraja Market building.