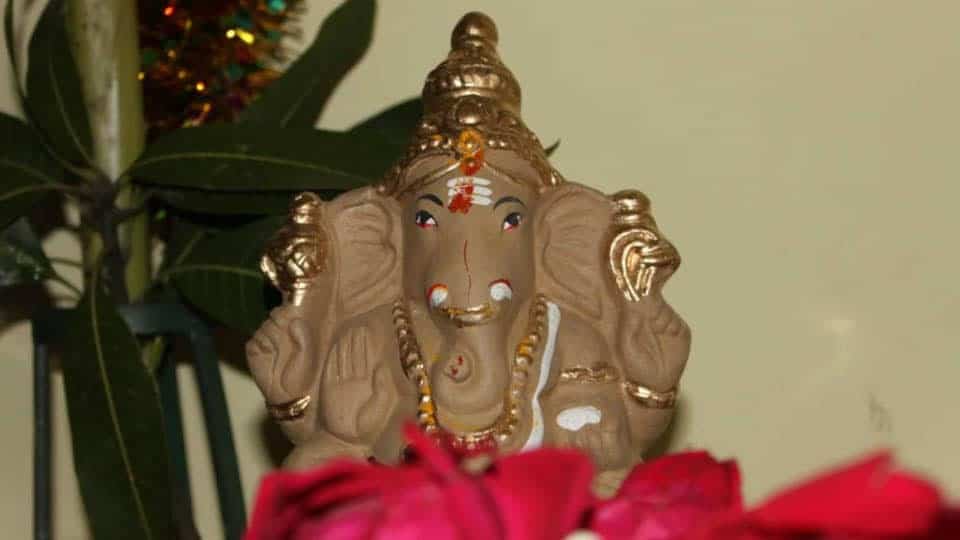 Mysuru: As the Heritage City readies to plunge into the festive season beginning with Ganesha Chaturthi on Sept.13, the City Police have issued strict guidelines to ensure smooth conduct of the celebrations.

They have also clamped strict restrictions on the use of loudspeakers during the pujas. The sound limits should be adhered to the stipulated 65 decibel. No use of loudspeaker or sound system would be allowed after 10 pm while all melodies and other entertainment programmes would also be packed up by 10 pm. The pendals would be kept under check to prevent any violation, said a press release issued from the Office of the City Police Commissioner.

Loudspeaker volume should be reduced to ensure that senior citizens, school children and patients in nearby hospitals are not disturbed. If a VIP is participating in any programme, local Police should be informed for providing additional security.

People who are installing Ganeshas at public places must obtain written permission from the jurisdictional Police. Plaster of Paris (PoP) and paper-moulded idols are banned and action will be taken against festival organisers who keep such idols. Idols must have water colours and those idols that have harmful paints will be confiscated.

Police have instructed the office-bearers of organisations to ensure that if possible, they should install CCTVs at the place of celebrations, keep a backup of the video footage, not demand donation from people forcibly and also not set up tableaux that could hurt the religious sentiments of others.

Organisers should mention the height and weight of the idol, number of days the festival is being celebrated, place and time of immersion, vehicle being used for procession, route of the procession and such other details.

For the safety, Police have instructed the organisers to ensure that volunteers are deployed round-the-clock for proper care of Ganesha idols. The volunteers should be appointed in three shifts and their names should be given to the Police.

There should be a good distance between the idol and the devotees. The location of the pendal should be such that there is no impediment for Police vans, ambulances or fire brigade vehicles to reach till the pendal. Also pendals must not disrupt the traffic or pedestrian movements in any way.

The festival organisers must not charge any entry fee from devotees to see the decorated idols. Permission from Chamundeshwari Electricity Supply Company (CESC) is mandatory if the pendals are connected with electricity. Action will be taken if power is drawn from poles or transformers illegally.

Organisers are requested to depute committee members to prevent any quarrels and traffic jams at the pendals. Bursting crackers and use of chemicals and colours during the procession is strictly prohibited. Organisers and devotees have been asked to alert the Police on movement of strangers at the pendals.

Police have also appealed to the organisers to be vigilant about unidentified objects found in pendals or the place of celebration of festival. If they come across any such articles, they should immediately report the matter to Police. The Police have also asked the organisers to adhere to the guidelines to avoid sound pollution. For any complaints, public can contact the Police on Ph: 100 or 2418139 or 2418339.