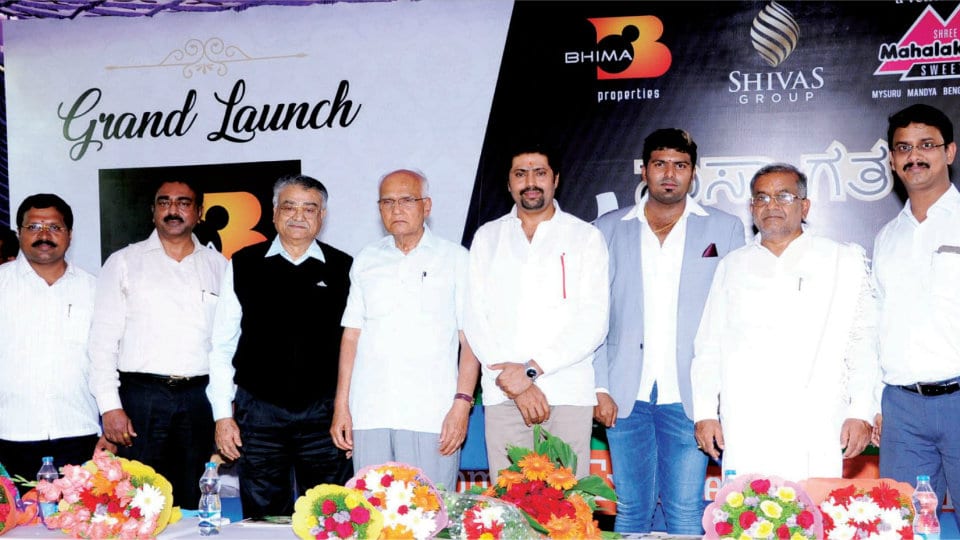 Mysuru: Senior Kannada litterateur and Saraswati Samman awardee Dr. S.L. Bhyrappa regretted that the Mysore Airport at Mandakalli that was established with much fanfare has no takers now. Expressing his concern over the languishing airport, he gave some of his ideas to develop the Airport and increase passenger and air traffic.

Citing the statements of some officials who have said that people do not come to Mysore Airport and it would be a loss to operate flights from there, Dr. Bhyrappa opined that there may not be many takers if flights are restricted from Mysuru to Bengaluru. “The time-table of flights from Mysuru to the State capital must change. Along with Mysuru to Bengaluru, flights must be operated to Tier-2 cities like Hubballi, Mangaluru and the neighbouring State of Kerala,” he said.

There are good airports in Mangaluru and Hubballi and there are a fleet of luxury buses that operate from Mysuru to Hubballi and there are three trains that travel between these two cities. “These trains and buses are always packed with people. At present, there is no train from Mysuru to Mangaluru but there are many luxury buses operating on the route. If air connectivity is established between Mysuru, Mangaluru and Hubballi, it will be a popular route as people can take flights to these places instead of buses,” he opined. This will also enable people to save time, he said and added that they can also get connecting flights to other cities and also abroad.

Likewise, if flights are operated to Kerala where there is an international Airport in Kannur, just 185 kms from city, residents of Mysuru can travel to places including New Delhi, Ahmedabad and even abroad without any hassle, Dr. Bhyrappa said.