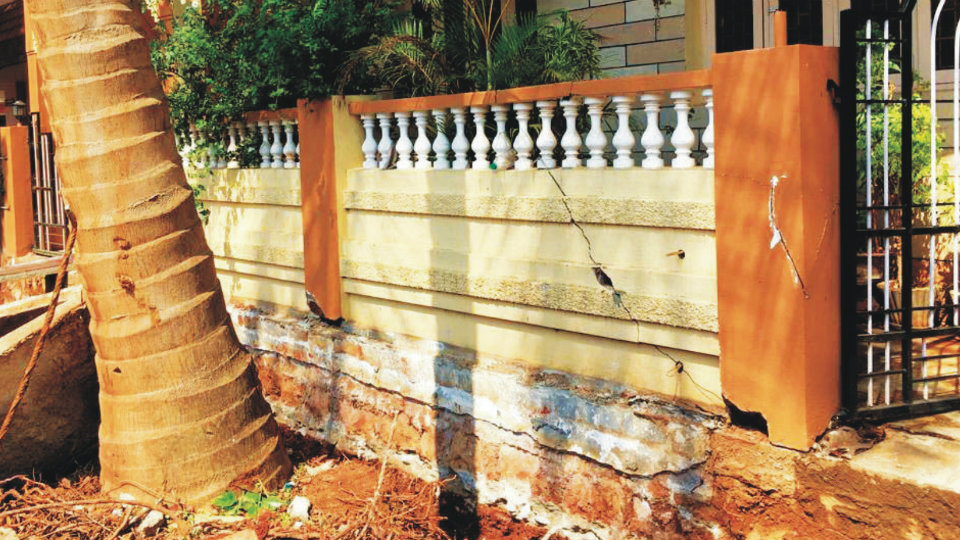 Mysuru: Drain works undertaken on Manujapatha Road, behind State Bank of India (SBI) in Kuvempunagar, has damaged the compound wall and the gate of a house on the road as huge machines were pressed into service to remove the existing drain and dig trenches close to the compound.

Residents said that the drain works were taken up about 10 days ago and alleged that the existing good drain was unnecessarily removed and new drain was constructed. But the access to the houses were cut as the contractor forgot to put temporary steps or wooden planks for the residents to move in and out of their homes thus causing a lot of inconvenience to them.

Despite being more than 10 days since the works were taken up, there is hardly any progress in the works and even the debris is not cleared causing a lot of problems to the residents as well to the public. Residents have urged the authorities concerned to speed up the works and complete the same at the earliest.

2 COMMENTS ON THIS POST To “Drain works damage house compound”