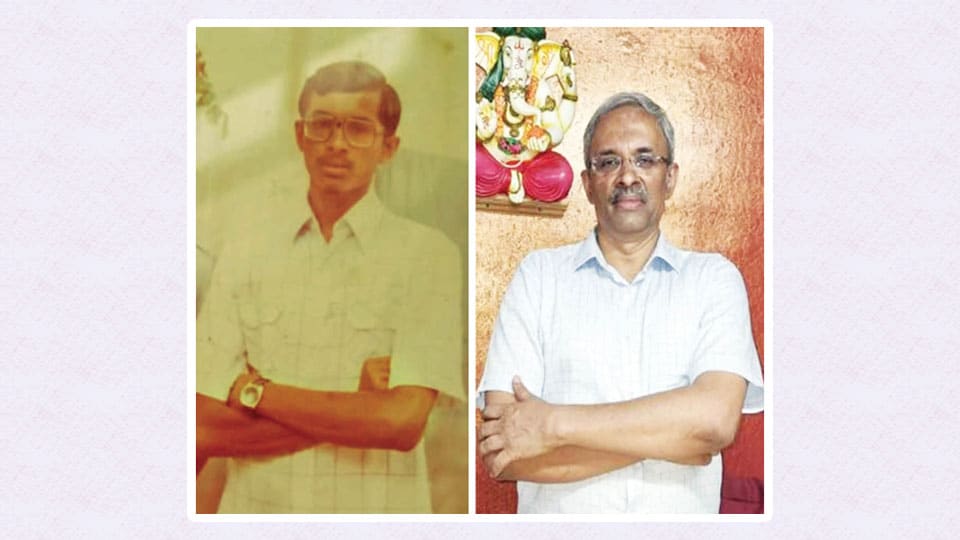 If wishes were horses, beggars would ride, is an old saying, as old as the hills. The closest synonym of the word ‘wishes’ could be ‘dreams’ and so let us discuss about dreams. It is a pessimistic saying suggesting wishes (dreams) can never be realised. But we are often advised to have dreams, big ones in that, so that later in life we may realise it.

Martin Luther King Jr, the Black American Civil Rights Leader, had in his famous speech spoken of his dreams, many dreams for his Black American brothers. True, some of those dreams were realised but many have remained as they were when he spoke of them. Racial discrimination is still haunting America. Remember George Floyd, a Black, died in Police custody in May 2020? The “Black lives matter” slogan? Let it be.

And why do I talk of dreams now when I am past that age of dreaming? Well, I am driven to recall old dreams when I was dreaming of making of a success of this newspaper “Star of Mysore,” a real Star of Mysuru among newspapers. Whether or not I have already realised that dream only time will tell.

Be that as it may, the reason for writing this Abracadabra is the 1984 poem titled “Puck,  why this apathy?” published in Star of Mysore and sent to me by its author a couple of days back. It could be that the author, then 18 years old, must have been inspired to send it after reading the Abracadabra dated 2nd April 2021 titled  “A Noble Man: Remembering Farrokh K. Irani Again.”

Well, though this aspiring young poet’s “poetic, journalistic” dream, as he wrote to me separately, was never realised, he should have no regrets. He seemed to have taken consolation in the thought expressed by Shakespeare in the play Hamlet — “There is a divinity that shapes our ends, rough hew them how we will.”

I guess all youngsters have dreams of becoming this or that where their fancy takes them, if their parents have not already decided. If parents are poor or in no way in a position to dream for their children, children will try to pursue their own dreams. That was how my friend and classmate began his dream wanting to become a Policeman, after seeing him, those days in Coorg, in blue flannel outfit, impressive blue headgear and booted whom everyone feared, so much so avoided meeting. Later as my friend passed SSLC, his dream was to join the merchant Navy, being advertised in the newspapers. His dream thus continued till one day after graduation he realised he had to grab whatever job he could get and do well by working hard. Yes, he was pragmatic, he became an MD of a multinational company though it was never in his dream. When I accidentally  met him after retirement he told me, ‘Dreams are bunk, pastime. The real thing is LUCK. Your Destiny.’

Other day I was reading a book about “Leaders Who Changed The World” and discovered nobody in that book was able to realise his or her early dreams, worse nothing went as they aspired or planned. There seemed an unseen hand guiding their destiny. But see where they ended up. None of them was born great nor greatness thrust upon them. They achieved greatness by their hard work in the position they were placed, let us say, by ‘destiny’ or ‘fate’ or ‘luck.’

Therefore, my young poet, who has done well in his later day life, need not feel sorry for his shattered dreams of not becoming a great poet or a journalist. Today he is better-off in life for his unrealised dreams of his younger days.

Now let me reproduce the  37-year-old vintage poem with two minor editing of names from the original published poem. A young boy was wondering why a Mayor should go on a foreign tour at the tax-payers’ cost. What a wonderful thought and concern. Which was why, it was published in  Voice of the Reader column of Star of Mysore:

Puck Why This Apathy?

at the Mayor’s foreign tour

before he left Mysore?

You could report all that muck ;

But just what are your aims by not criticising the Mayor’s foreign tour?

Our roads are not roads

Why not spend that five and twenty grand

To see that vehicles no more strand

Why send the Mayor on a shopping tour?

Are you a saint or a sinner guruji?

But regarding the Mayor ; why this Apathy?

Star of Mysore is OUR Watchdog

for which ; every evening we wait all agog ;

Scandals – you expose it ; you show it ;

for all of us to see it

but now ; why this stiff upper lip

N. Raghu (Raghavan) is the owner of Raghulal & Co., city’s well-known Pharmaceutical shop and a Distributor. He tells me that he came to my Saraswathipuram Office with his father R. Narayan, who was known to me, for getting the poem published and was extremely delighted when found that it was published. Looking back I am also delighted that I could make the youngster realise his dream of that moment.