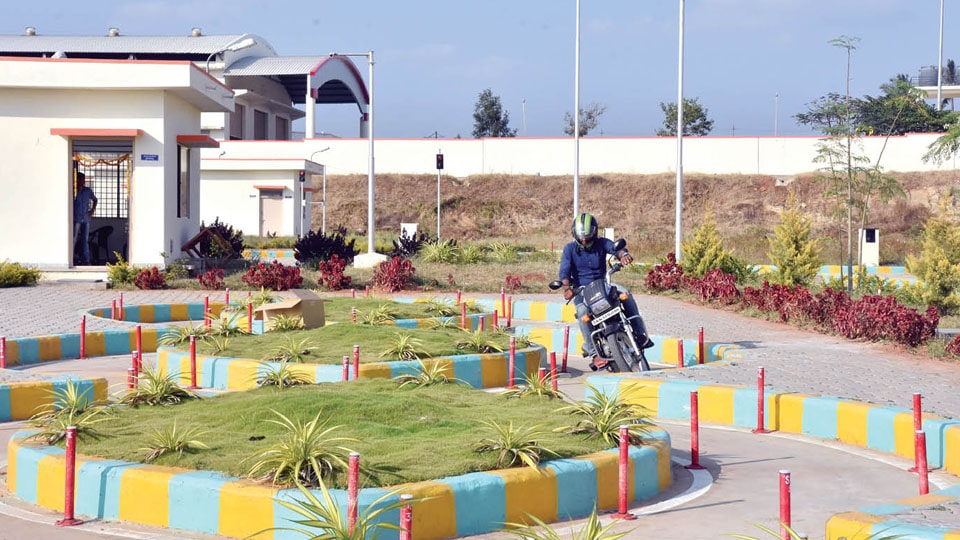 The new system has been implemented from Feb. 24 and till yesterday, 106 candidates have taken the test. Over 10 have failed. Automatic driving tests are a foolproof way to ensure that unsafe drivers don’t get licences. Gradually, all the driving tests conducted at RTO West (near Ballal Circle) will also move to RTO East.

A majority of deaths in road accidents are due to human error. Since the automated system has removed human intervention, it weeds out poor and unsafe drivers from hitting the roads. The new test is so strict that if a driver fails, he or she has to apply again.

The new tracks have different test patterns. Those who are able to ride on the track without deviating from the marked lines and within a stipulated time clear the test. Before a candidate takes the test, a video is played in a room that gives a candidate an idea of the test. Technicians brief the test-takers on the process. Also, display boards kept at the room explain the tests in detail. This apart, staff who manage the automated track will brief the candidates if they visit the track before 10.30 am and after 4.30 pm.