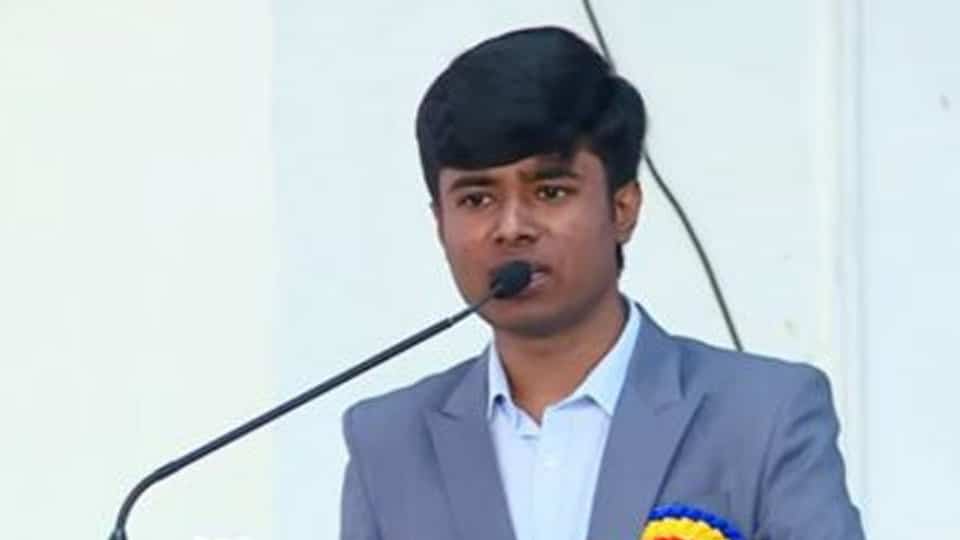 BBMP officials take him into custody in Mysuru

Bengaluru/Mysuru: N.M. Prathap or Drone Prathap, who had earned acclaims for creating over 600 drones using e-waste, has been exposed for his false claims. He is in fresh trouble for violating COVID-19 quarantine rules. He had gone missing from Bengaluru and the Bengaluru Police had formed three teams to nab him.

But the Bruhat Bengaluru Mahanagara Palike (BBMP) officials with the help of Talaghattapura Police, who traced him at Mandi Mohalla in Mysuru, have taken him back to Bengaluru and is now put under Facility Quarantine.

The BBMP officials had put a Quarantine seal on Prathap’s hand after he returned from Hyderabad and had instructed him to be under Home Quarantine at his flat in Anjanapura, Bengaluru.

But on July 16, Prathap violated the quarantine norms and had appeared for an interview in a TV channel and had later switched off his mobile phone and went absconding.  He had even flaunted before TV anchor that he has come out despite being ordered home quarantine due to his inter-State travel a day ago, and had even shown his Home Quarantine sticker on the live TV show.

This violation of rules was not taken lightly by the State Government and based on his admission on TV, the BBMP filed a case against him. His appearance at the TV studio has been seen as a major violation of rules during the ongoing Coronavirus pandemic, because if he is found to be COVID-19 positive, everybody who came in close contact with him in the TV studio and elsewhere will be in risk. It is being reported that he is in high risk because he had come in contact with a positive person.

After the telecast of the show, Police and quarantine squad members went to question Prathap for his violation at his flat in Anjanapura on Saturday but he was found missing. His phone was also found switched off. His phone record showed that his last known location was near Jnanabharathi campus in Kengeri, 16 kilometres away.

After this, an FIR was registered against Prathap at the Talaghattapura Police Station under the National Disaster Management Act following a complaint from BBMP official Dr. Prayag. He was charged with two offences, violating quarantine rules to attend the TV interview, and switching off his phone and running away to avoid being captured by quarantine squad.

But the Police traced him through his last call details at Mandi Mohalla. He was staying at the house of his classmate there. Dr. Prayag, who arrived to Mysuru along with Police yesterday morning, took him into custody and went back to Bengaluru.

Talaghattapura Inspector Ramappa, speaking to Star of Mysore said that they took custody of Prathap last morning and handed him over to BBMP officials, who have put Prathap in Facility Quarantine and added that a charge-sheet against Prathap would be submitted to the Court after the quarantine period of Prathap ends.

Meanwhile, Mandi Inspector Narayanaswamy said that the Bengaluru Police and BBMP officials taking Prathap into their custody had not come to his notice.