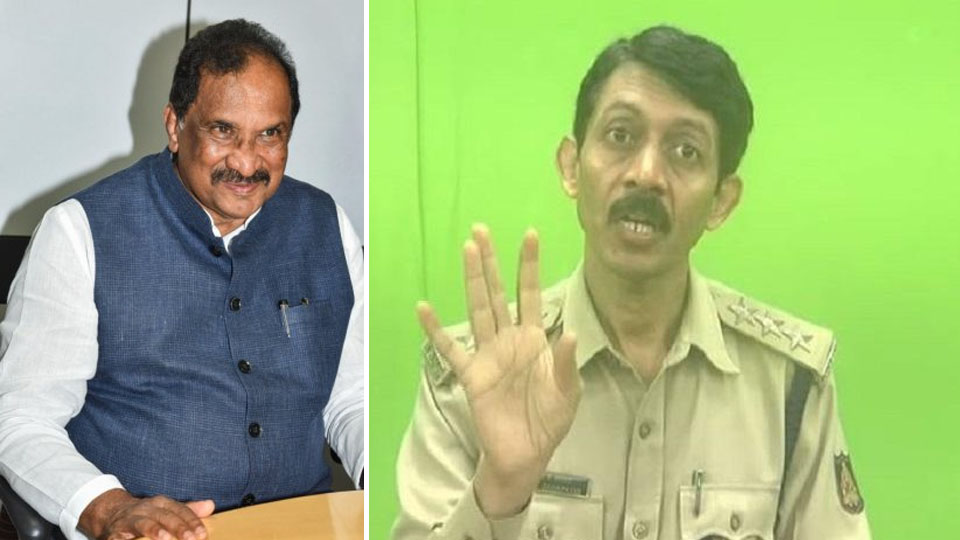 Mysuru: The Central Bureau of Investigation (CBI) has given a clean chit to former Minister and Congress strongman K.J. George in the sensational suicide case of Dy.SP Madappanda K. Ganapathy.

In its ‘B Report’, the CBI has stated that George, the then Home Minister and two senior IPS Officers A.M. Prasad (Ashit Mohan Prasad) and Pronab Mohanty had no role to play in the suicide case and Ganapathy died of depression, sources said.

The CBI had submitted a 262-page report on Oct. 30 in the Judicial Magistrate First Class Court (JMFC) in Madikeri and the Court later transferred the suicide case to Special Court for People’s Representatives (Public Representatives’ Court) in Bengaluru.

Ganapathy was found hanging at a lodge in Madikeri in 2016. The CBI probe was ordered by the Supreme Court. M.K. Ganapathy had allegedly killed himself wearing his uniform at room number 315 at Vinayaka Lodge in Madikeri on July 7, 2016.

He ended his life after appearing in a local TV channel interview in which he had alleged harassment by K.J. George, A.M. Prasad and Pronab Mohanty.  Sources said that the CBI has stated in its report that the so called harassment charges were not proved by the investigation and there was not a shred of evidence to prove that George and the officers were guilty. The report states that Ganapathy was not facing any harassment while on duty and he was depressed due to certain family issues.