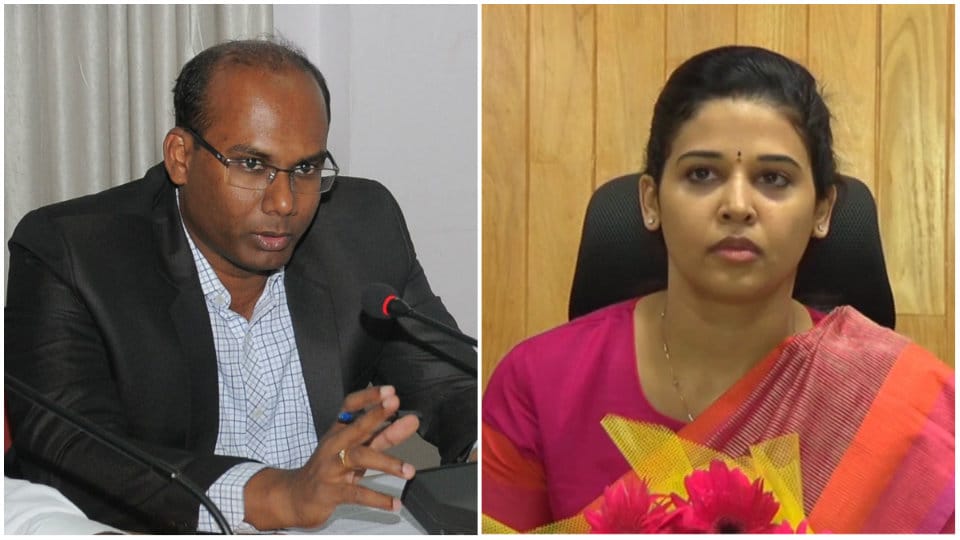 Bengaluru/Mysuru:  Mysuru Deputy Commissioner (DC) D. Randeep who was transferred as Hassan DC by the State Government has returned to Mysuru and assumed charge as the DC this morning following the Central Administrative Tribunal (CAT) staying the transfer of Hassan Deputy Commissioner Rohini Sindhuri.

In a major embarrassment to the Siddharamaiah government, Rohini Sindhuri’s transfer was put on hold by the CAT. This was the second unsuccessful attempt by the State Government in the last two months to transfer Rohini. A few weeks ago, the Election Commission had stalled her transfer as she was involved in revision of electoral rolls.

Following the CAT stay, Mysuru Deputy Commissioner D. Randeep who was transferred as Hassan DC and who had left Mysuru yesterday to Hassan to take charge had to return to Mysuru along with his family from Holenarasipura. As he had received the transfer orders, Randeep handed over the charge to Additional DC T. Yogesh in Mysuru yesterday morning and had proceeded towards Hassan.

As he neared Holenarasipura, Randeep got a message that the CAT has stayed the Hassan DC’s transfer. He returned to Mysuru after having lunch at K.R. Nagar Travellers Bungalow. He returned to his office this morning as the post cannot be kept vacant. Vijayapura DC K.B. Shivakumar who has been appointed as Mysuru DC is yet to take charge.

Randeep is now in Periyapatna as a protocol Officer for Chief Minister Siddharamaiah’s visit there. The officer has written a letter to Principal Secretary, Department of Personnel and Administrative Reforms in this regard and has stated that he would wait for further orders.

On Mar. 7, the State Government transferred 12 IAS officers, including Rohini and posted her as Commissioner, Employment & Training Department in Bengaluru. Rohini approached the CAT Bench yesterday questioning her transfer, which she claimed is contrary to IAS regulations of two-year tenure. She was posted as Hassan DC in July 2017. The officer also contended that the transfer order, issued due to political pressure, is malicious, arbitrary and vindictive in nature.

The CAT Bench took up the officer’s petition for hearing and issued the notice to the government. The Additional Advocate General said that the reply will be filed by Mar. 12 and the applicant will not be removed from the post of Hassan DC till Mar. 13, the date of next hearing.