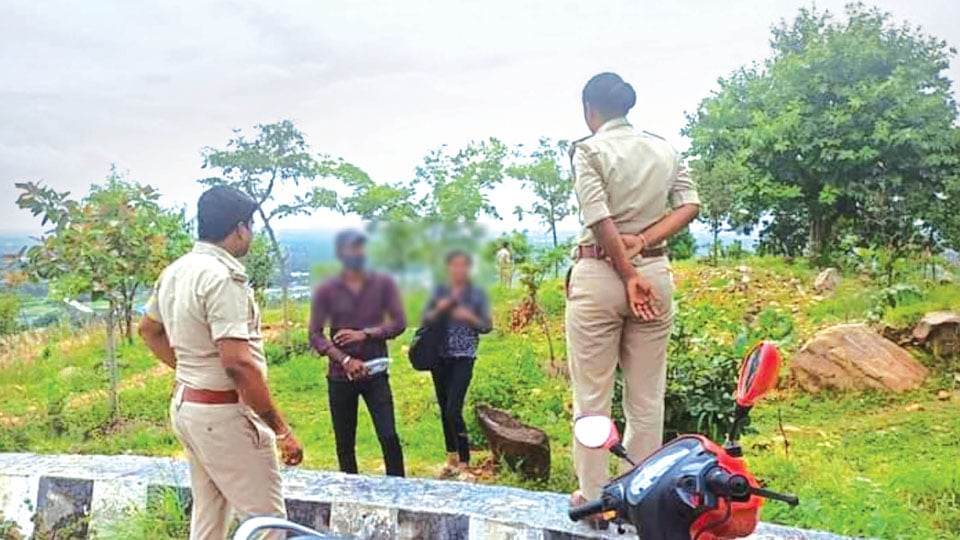 Srirangapatna: Following the recent gang rape of an MBA student at the foot of Chamundi Hill, the Srirangapatna Police have launched a drive to warn couples who sit in isolated areas.

The Police have decided that ‘prevention is better than cure’ and patrolling teams are warning couples against venturing to secluded spots and sitting on rocks and benches away from the main roads. There are many secluded places thickly covered by trees and bushes in Srirangapatna, especially on the banks of River Cauvery.

Many couples, who are in love, are found sitting at isolated places and according to the Police, such couples face the risk of becoming the victims of miscreants and rapists.

Many couples including college students come here in the evenings to spend time together away from prying eyes. The Police till now have largely stayed away from booking couples. But following the gang rape that shook the conscience of the nation, the Police have intensified patrolling and are physically reaching the secluded spots to warn tourists and couples of the imminent danger posed by the criminals.

Teams are entering Karighatta area, Banks of River Cauvery, parks and other lush green areas warning the couples and cautioning about their own safety. Srirangapatna Inspector Rekha and Inspector Sunil who heads the Crime Prevention Team have formed groups to create awareness.

“We will not be shooing couples away. There won’t be any attempt at moral policing and no one will be fined. Our sole aim is that such instances of rape, robbery and murder do not occur. It is just to create awareness as prevention is better than cure,” Inspector Rekha said.