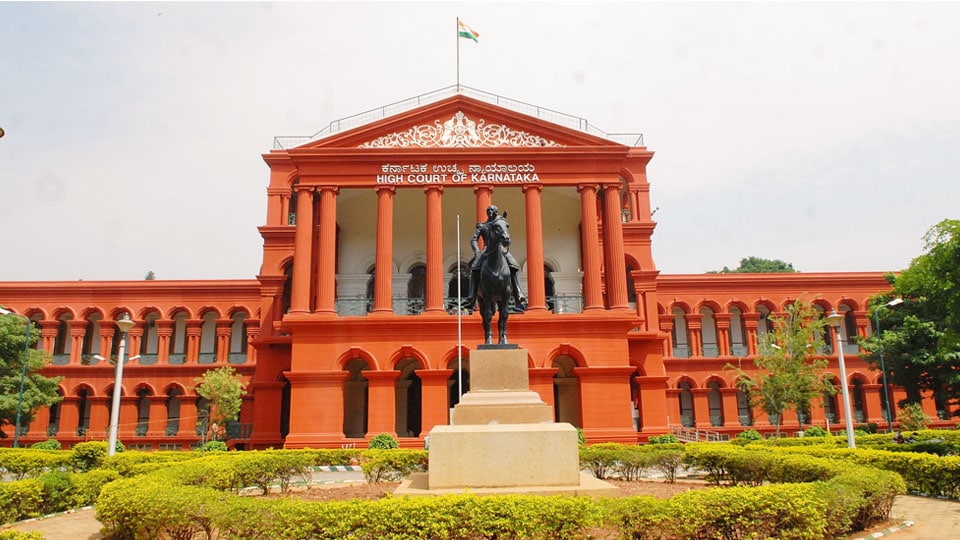 Madikeri: The Madikeri Kodava Samaja has questioned the move behind filing a Writ Petition in the High Court questioning the exemption to Kodavas and Jamma land holders in Kodagu district from obtaining a license to possess firearms under Section 3 and 4 of Indian Arms Act, 1959.

In a press release, the Samaja has said that the petition has been filed at a time when different communities were leading a harmonious life in Kodagu and it attempts to divide the community. The Samaja has stated that it will take on the issue legally and give an appropriate answer to the petition in the High Court.

Captain (Retd.) Yaladalu K. Chethan, son of Yaladalu D. Keshavananda has filed a Writ Petition in the HC on Jan. 8, 2018 and the Court has posted the hearing after summer vacation.

In his petition (WP No. 1386/2018), Chethan, a resident of R.T. Nagar in Bengaluru, claimed that the continuation of the exemption, granted to some class of persons by the British government in pre-Independent India in furtherance of their divide-and-rule policy, was unconstitutional, as it was based on irrational, fictitious and discriminatory grounds, such as race and ancestral land tenure.

He claimed that the exemption granted to Jamma holders and for the members of Kodava race under Section 3 and 4 Indian Arms Act differentiates between communities living in a society and promotes disharmony.

The original petition (a Public Interest Litigation) was filed by Chethan in 2015 and the HC had disposed it and asked the petitioner to submit a representation on his grievance about exemption to the Union Home Ministry. On its part, the Ministry had told the Court that the exemption provided to Kodavas was as per law.

Mentioning this, the Samaja has questioned the petitioner’s move to rake up the issue once again when the Union Home Ministry has stated that the exemption has been granted as per law. “The special privilege to own firearms without license was granted to Kodavas by the British in recognition of their martial traditions and the issue is over 200-years-old. What is the necessity of raking up the issue again when it has been recognised that a gun is a part and parcel of Kodava religious ceremonies and festivals,” the Samaja has asked.

The Samaja has alleged that Chethan, by filing the petition, has attempted to bring in a discord between Kodavas and Gowdas. The petition smacks of mischief to disturb the harmony between the communities. “Not only Kodavas, even Jamma land holders in Gowda community too enjoy the privilege of gun license exemption. We have not questioned this,” the Samaja has stated.

“The exemption from gun license has not been granted to Kodavas as they demanded it. The British respected the tradition of Kodavas and in recognition of the unique race, the exemption had been granted and continued by successive governments. Chethan has filed the petition with an intention of playing with the emotions of Kodavas,” the Samaja has stated.

The Samaja said that it will discuss the issue with other Kodava Samajas and take legal recourse. It has thanked different communities in Kodagu including Gowdas who have not supported  Chethan for filing the writ petition.