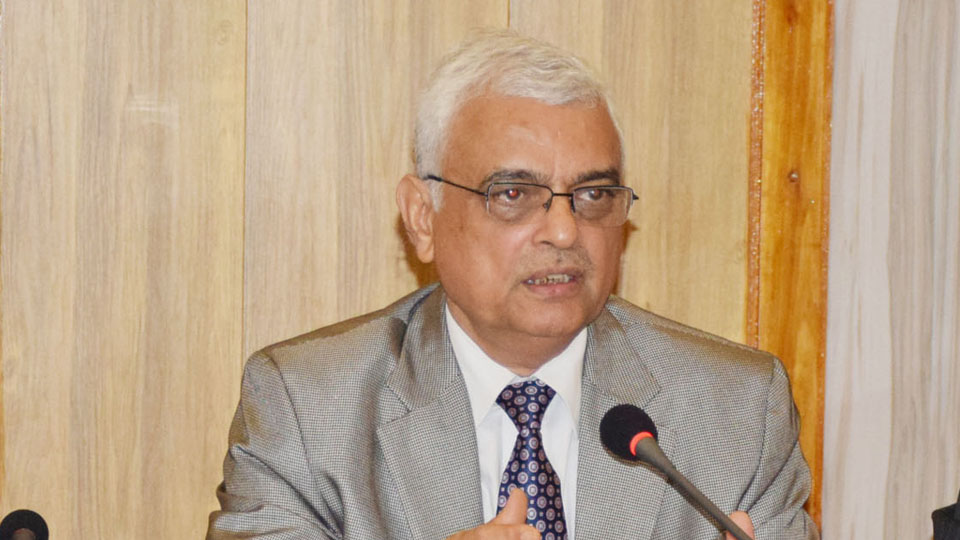 By-polls to three LS seats and two Assembly segments in State on Nov.3

New Delhi: The Election Commission of India (ECI) on Saturday announced that the Assembly elections in Chhattisgarh, Madhya Pradesh, Mizoram, Rajasthan and Telangana will be held from Nov.12 to Dec.7. The results for all the States will be declared on Dec.11.

With the announcement of the poll schedule, the model code of conduct immediately came into effect in four States — Chhattisgarh, Madhya Pradesh, Mizoram and Rajasthan. The guidelines are already in place in Telangana as directed by the ECI on Sept.27, following the premature dissolution of the Assembly.

Chhattisgarh, which has 90 Assembly segments, goes to the polls first, with voting scheduled in two phases. While 18 Naxal-affected Constituencies in the Southern part of the State will go to the polls on Nov.12, the 72 other constituencies will go for voting on Nov.20.

By-polls in Karnataka on Nov.3; Results on Nov.6

Lok Sabha by-polls were necessitated following the resignation by State BJP Chief B.S. Yeddyurappa in Shivamogga, B. Sriramulu also of the BJP in Ballari and C.S. Puttaraju of the JD(S) in Mandya. All the three had quit their Lok Sabha following their election to the State Assembly in May 2018.

The by-election to Ramanagaram Assembly seat was necessitated by the resignation of Chief Minister H.D. Kumaraswamy, who retained Channapatna after winning from both seats, while the by-poll to Jamkhandi Assembly seat was necessitated by the death of newly-elected MLA Siddu Nyamagouda of the Congress, who was killed in a road mishap, just a few days after he was elected. The by-polls will be a trial run for the JD(S)-Congress coalition government to test the waters and will also be an opportunity for the Opposition BJP to judge if it can take on the combined might of both the parties.