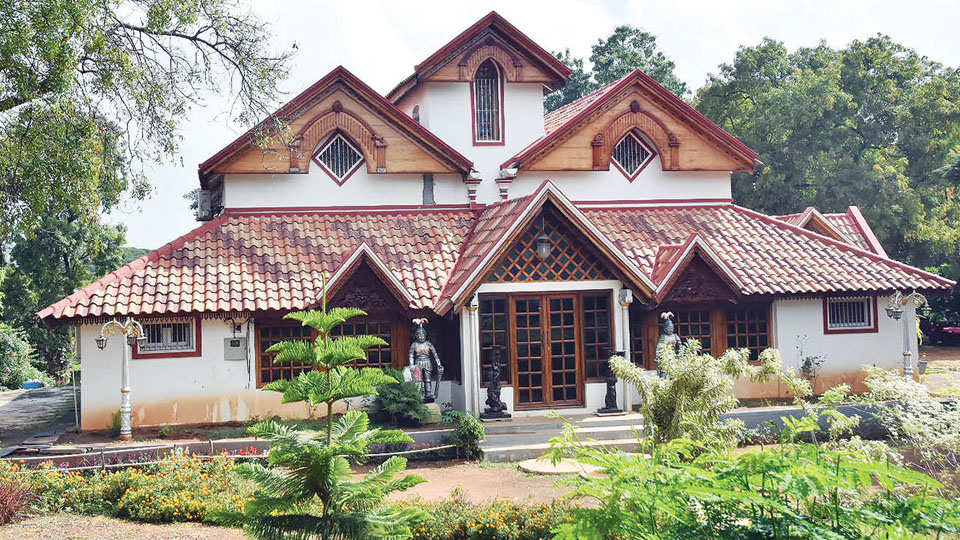 New Delhi / Bengaluru: Assets worth over Rs. 117.87 crore, including 220.19 acres of coffee estate in Kerala’s Wayanad district, 70 invaluable animal trophies, “Bisal Munti” a house on Hyder Ali Road in Mysuru and rosewood furniture of a man, who allegedly cheated a British taxidermist of the Maharaja of Mysore, have been attached by Enforcement Directorate (ED) under Prevention of Money Laundering Act (PMLA).

In a tweet and a press statement, the ED said a provisional order has been issued against Michael Flyod Eshwer, a horse trainer based in Mysuru under the PMLA. “ED attaches immovable properties in Nazarbad Mohalla, Mysuru and agricultural coffee plantation at Wayanad District, Kerala totalling Rs. 117.87 crore and around 70 invaluable animal trophies and furniture made of rosewood belonging to Michael Floyd Eshwer under PMLA in a cheating case,” said the ED tweet.

According to Enforcement Directorate officials, Eshwer allegedly forged documents, including the death certificate of British national the late Edwin Joubert Van Ingen, who was a taxidermist for the erstwhile Mysuru royal family, to claim ownership of the property. This includes Van Ingen’s coffee estate in Wayanad, Kerala, and another property in Nazarbad.

Van Ingen, who lived in Mysuru, was allegedly conned by Eshwer who created a “false adoption deed” in his favour and usurped the assets that were gifted by the Maharaja of Mysore to Van Ingen, ED, the federal probe agency said.

The ED said it took over the probe into the cheating and forgery case on the basis of a charge-sheet filed by Karnataka Criminal Investigation Depart-ment (CID) in 2013.

The ED took up investigation on the CID charge-sheet filed before the Third Chief Judicial Magistrate, Mysuru against Eshwer and others.

The CID was investigating the matter on the directions of Supreme Court (SC). “Eshwer created a false adoption deed in his favour and also got a false death certificate of Van Ingen and fraudulently got the properties transferred in his name,” the ED alleged.

Eshwer came to know about Van Ingen and the properties that were gifted to the taxidermist by the Maharaja of Mysore for his services, the ED said. “He also got to know that Van Ingen was not married and old-aged. He took advantage of this and fraudulently took possession of the properties held by Van Ingen,” the agency charged.

According to CID, Eshwer, as a horse trainer, was a member of Mysore Race Club and he met Van Ingen at the Club. Eshwer knew Ingen was unmarried and took advantage of the latter’s old age. Eshwer claimed he was adopted by Ingen, who transferred the properties to him through a registered sale deed five years before he died.

The ED said that Eshwer, in connivance with others, “breached the trust of” Van Ingen and the taxidermist later filed a Police complaint. Ingen had stated that Eshwer was trying to usurp his properties by claiming to be his adopted son and had even got documents forged to stake a claim.

Van Ingen was bed-ridden for a year-and-half before he died at the age of 101 in 2013. Van Ingen’s relative (his sister’s granddaughter) Tilly Gifford later approached Supreme Court against Eshwer’s claims. The SC directed CID to investigate.

“Eshwer projected the said properties as untainted and thus committed the offence of money laundering,” the ED said and added that further probe in the case is under progress.