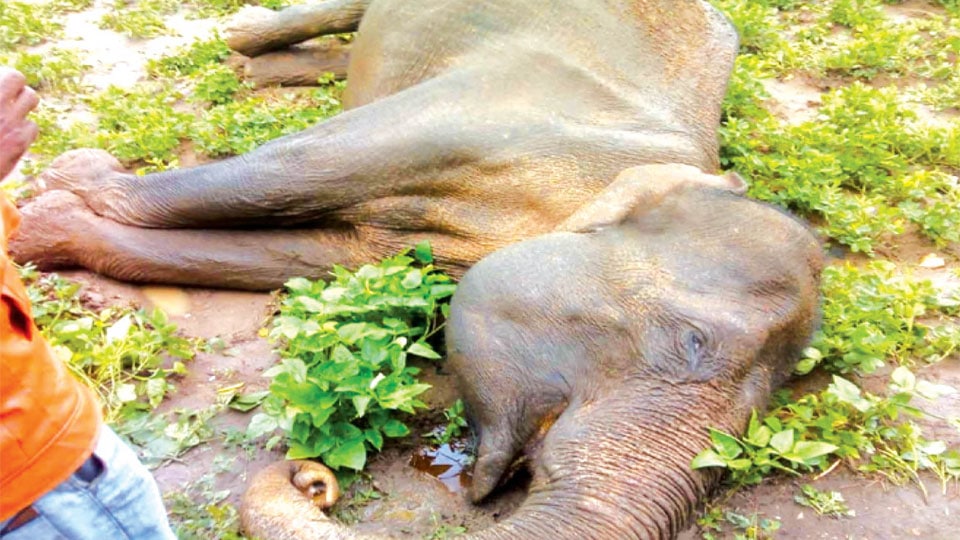 Gundlupet: A wild elephant died of electrocution after it came in contact with an illegal electric fence near Alathur village at Bandipur Reserve Forest in the taluk.

One Jagannath had fenced his field and had drawn power illegally to protect his groundnut crops from wild animals.

A female elephant aged between 35 and 40 years, which had come in search of food and water, touched the fence and was electrocuted.

The Forest Department, which has registered a case are making efforts to trace the accused, who is absconding.