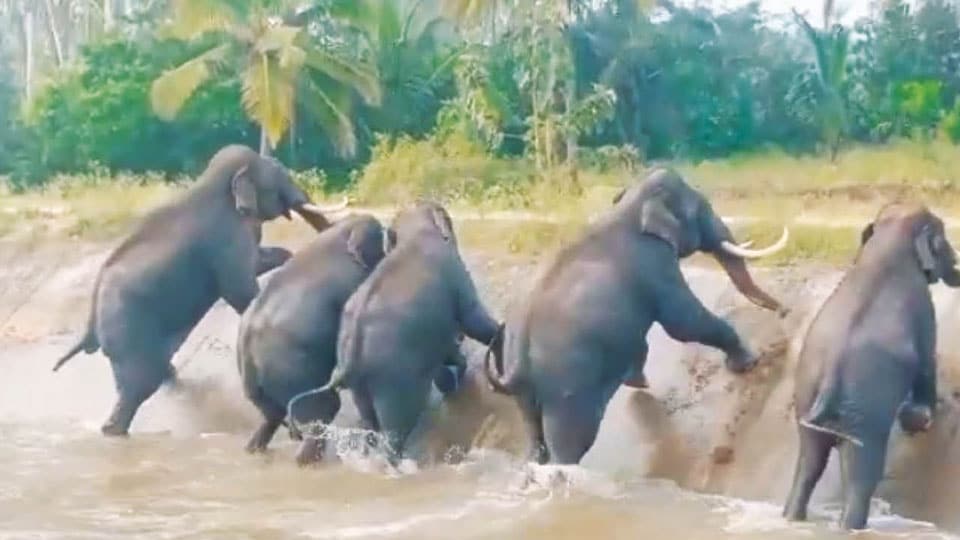 A herd of six elephants, which had come out of Nagarahole Reserve Forest, raided the agricultural fields at Penjahalli, Nagapura and Hosur villages and destroyed the crops last night. The herd, which tried to go back to the forest at the break of dawn today, panicked on seeing villagers and entered a canal to cross over to the other side. Soon, a large crowd gathered on the canal bund and the elephants which tried to climb over the concrete sides of the canal slipped back and on seeing people, they began to run in the canal to cross over to the other side.

The Forest Department staff, who rushed to the spot, appealed the villagers to stay calm and move away from the canal so that the elephants could climb over to the other side.

The herd was still wandering in the canal when we went to the Press at 12 noon.