Home » News » Enter through Brain, Come out of Lungs ! 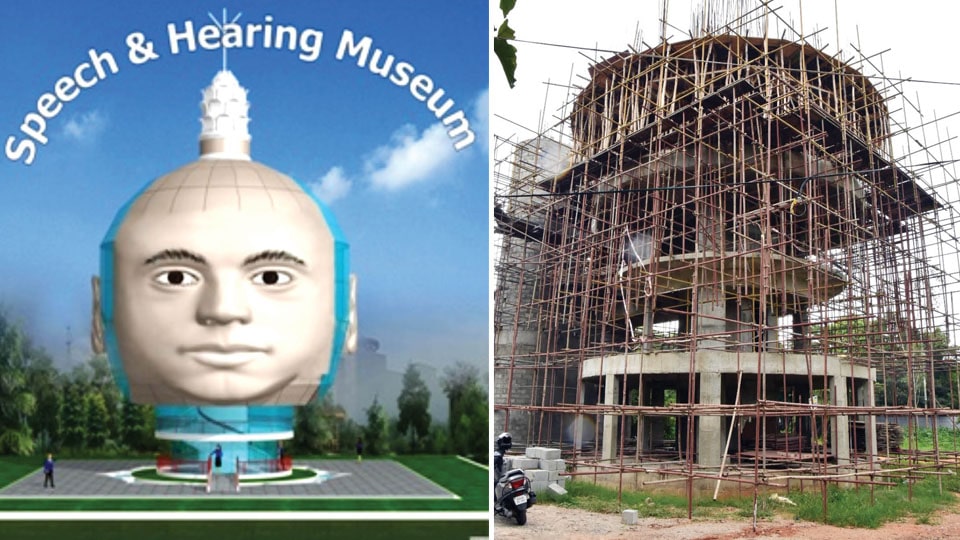 Enter through Brain, Come out of Lungs !

Along with academic blocks, a museum in the form of a human face is also taking shape in AIISH campus. The museum gives a general idea of speech and hearing and the problems affecting communication. About 40% of works have been completed so far, at an estimated cost of Rs. 5.21 crore.

The purpose of the museum is educational or pedagogical and creating awareness among professionals and public about general knowledge, working principles, preventive measures and pathological / dysfunctional conditions in the area of communication and its disorders. It is a first-of-its-kind in the world.

The scientific museum will be in the shape of a human face. It will have a basement representing the neck of a human being, 3 floors each with a mezzanine. It is planned to use the floor, walls, and ceiling for all automated interactive displays.

nerves and hence when one touches the sensor of a particular nerve end, it would be simulated, the sensor would glow and show the path leading to the end of the nerve.

Ceiling will be fitted with audio-visuals depicting the functions of brain. The mode would be architecture and surroundings

The hands-on would be not merely software tools, but also posters or large screen projections that are colourful and informative. At each stage of the museum, it is planned to introduce communication disorders arising out of malfunctioning of any of the organs, nerve, nervous system concerned.  It is also planned to introduce a section on the contribution of ancient India in the field of phonetics, linguistics, etc.

AIISH All India Institute of Speech and Hearing
Over 5,000 yoga enthusiasts rehearse at Race Course
Centre says no to highways through wildlife sanctuaries