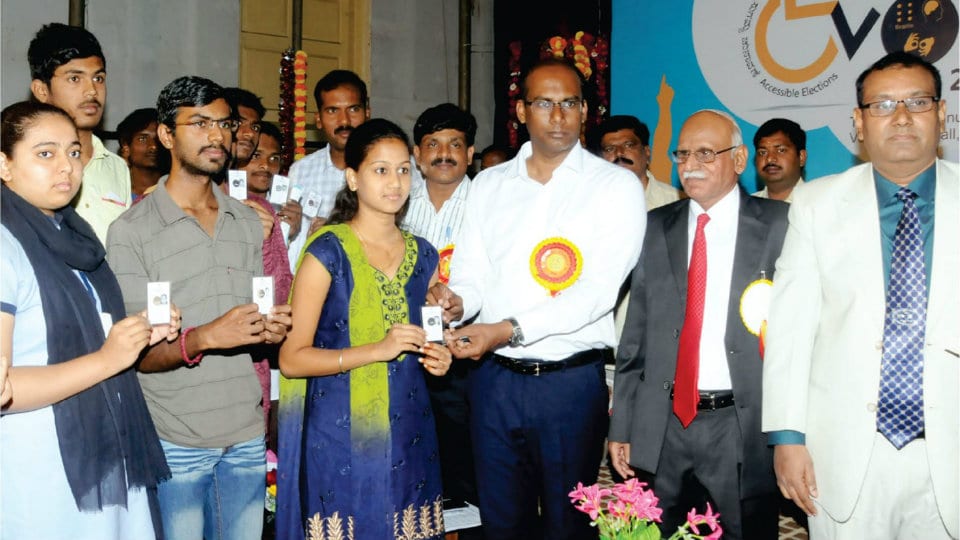 Inaugurating the programme, Principal District and Sessions Judge PGM Patil emphasised that democracy was a Government ruled by the people and hence averred that every citizen of the country should vote to guarantee a stable Government with good leaders. He observed that a low percentage of voting would not ensure a representative Government. He pointed out that voting percentage was good in rural areas compared with urban areas. Electoral Photo Identity Cards (EPICs) were distributed to newly enrolled voters. The Judge administered an oath to all the new voters. Those born on Jan.1, 2000 were christened as ‘Millennium voter.’