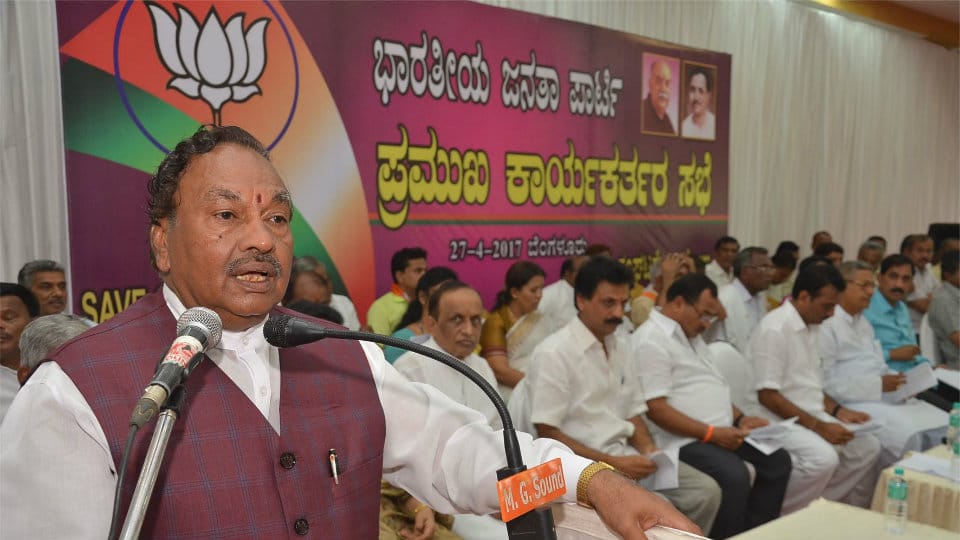 Eshwarappa warns of another rally if demands are not met

Bengaluru: Rebel BJP leader K.S. Eshwarappa has warned of holding another rally on May 20 if State BJP President B.S. Yeddyurappa failed to meet their demands by May 10.

Launching a no-holds-barred tirade against Yeddyurappa at ‘Save the Party’ rally at Palace Grounds here on Thursday, Eshwarappa said that Yeddyurappa’s style of functioning was not acceptable.

Seeking a recast of Party office-bearers, Eshwarappa said that BJP National President Amit Shah had suggested a Committee comprising Yeddyurappa, Eshwarappa and two RSS functionaries (B.L. Santosh and Arun Kumar) to address all internal problems. But no meeting  of the Committee had been convened, he alleged.