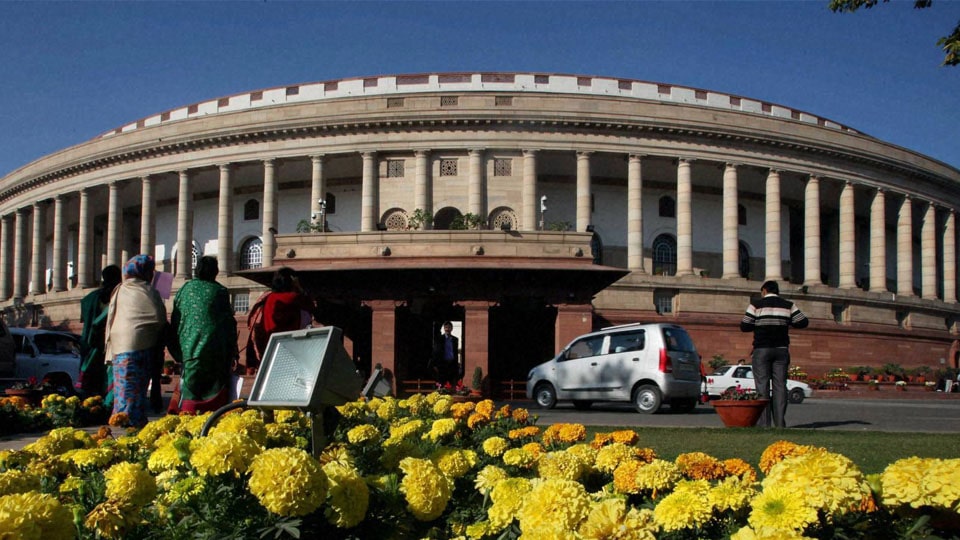 The blame-game currently at its peak with the land’s people in many vociferous circles confronting the top brass in the Governments both at the Centre as well as in the State seems to have resulted in both parties side-lining the onerous task of getting on with the agenda of the nation’s continued progress and welfare of its citizens. The game is both unique and complex, there being no rules to be complied with and no referee to oversee the proceedings and declare the winner and the loser, unless the game ends as a draw. While the nation is unarguably heading towards chaos on various fronts bearing on its economy and the society is witnessing unprecedented turmoil, hardly anybody can be found accepting the role for creating the mess. The nation’s sovereignty and safety of its territory, particularly at the borders with ill-behaving neighbours in the region, engaged 24×7 on encroaching land’s area illegitimately, seem to be in safe hands of our defence forces. But, the internally created atmosphere, far from being congenial to sustain harmonious and orderly society, is brazenly bereft of any mechanism to arrest its drift.

The underlying factors impacting the nation’s social fabric, despite the highly rated Constitution, not forgetting the amendments, are being expressed by many analysts, but only drawing from hindsight. Even at this late stage, they can wear their thinking caps and draw the road map for the nation’s people and later Governments to pro-actively work and achieve synergy in restoring the country’s past glory.

The problems that the land’s people have mostly brought upon themselves by choosing to live marked by utter lack of discipline and the corrections that are imperative to resolve the problems are both in a long and steadily growing list. Granting that resolving all the problems in one go, many of which can be likened to the proverbial Gordian Knot, is utopian even to think of, the country’s think tank, if there is such a cohesive body, has to dig deep into their intellectual faculty and elucidate the causes of the problems before heading for ideas to resolve them, in an order of priority. Many experts seem to converge on bringing to an immediate stop to vandalising water resources, agricultural land and forest cover as the first charge of both the country’s administration and its diaspora.

The most urgent task for all the stock-holders and stakeholders of the nation’s continued progress on all fronts and welfare of its people, to the last citizen, is to make discipline the habit of particularly the sections of the population described as youth, channelising them into activities that bring confidence and strength for well-directed occupations, remembering the saying An idle mind is devil’s workshop.