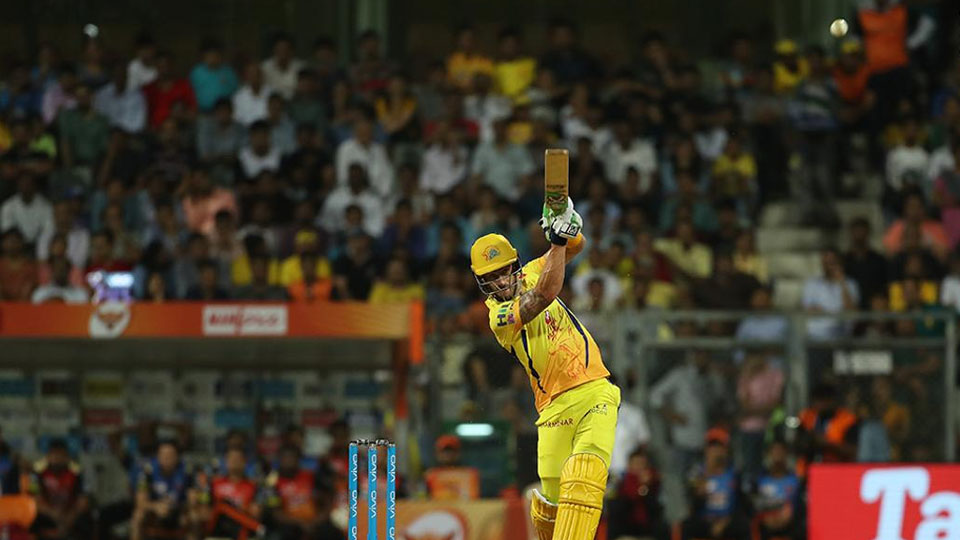 South Africa’s Faf du Plessis batted splendidly for Chennai Super Kings (CSK) by scoring a valuable match winning knock of 67 n.o. (42 balls, 5×4, 4×6) and helped his team enter the final of this edition of the IPL by beating Sunrisers Hyderabad (SRH) by two wickets in the IPL Qualifier 1 played yesterday.

Chennai once again showed why they are the ‘Super Kings’ of the IPL as the men in yellow put up a stunning performance to reach their 7th final, as they defeated Sunrisers Hyderabad by 2 wickets in a thriller at Wankhede on Tuesday.

Faf du Plessis starred with the bat, scoring an unbeaten 67 off just 42 balls as Chennai made heavy weather of a small chase. Set 140 to win, Chennai kept losing wickets at regular intervals, starting with Shane Watson who was dismissed for 0 in the first over.

Earlier, it was Ravindra Jadeja (1/13) who led a combined effort of Chennai bowlers as they restricted Sunrisers Hyderabad to just 139/7 after asking them to bat first.

Faf du Plessis was chosen as the Player of the Match.