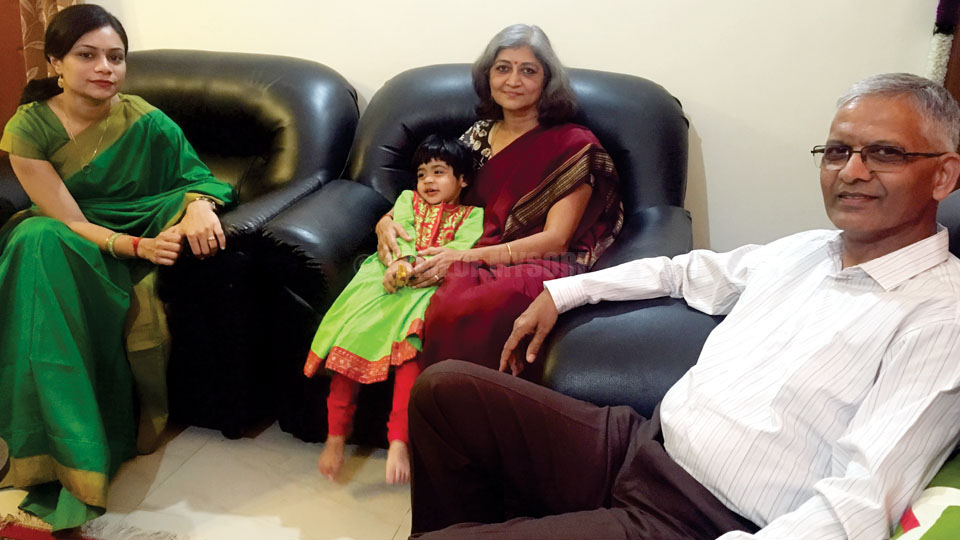 Armed Forces personnel and bravery are the two sides of a coin. Soldiers plunge into war zone at any given point of time and situation and do not even think a second to lay down their lives for the sake of our Motherland. One such martyr is Major Akshay Girish of 51 Engineers of Bengal Sappers who was killed in a terrorist ambush on Nagrota Army cantonment in J&K on Nov. 29, 2016 just a few days ahead of his 31st birthday.

It was at between 5.30 am and 6 am that Akshay received information of three terrorists entering the cantonment and he swiftly led the Quick Response Team. Akshay displayed exemplary bravery in preventing women, children being killed.

“It is a terrible loss and losing him just before his 31st birthday was even more tragic. We learnt some details about what took place on that day and we realised that what Akshay and his colleagues did was way beyond the word heroic”, he said. Girish Kumar, who is a pilot for a private airline, said Akshay very well knew since a young age what exactly he wanted to do and he chose the Army.

Meghna, Akshay’s mother, has in fact, written 11 episodes about Major Akshay in her blog https://findingnewmeaning.blog that was started on Dec. 2, 2016 with more than 30,000 followers.

Akshay’s wife Sangeeta, who is yet to come to terms with the tragedy, said that she was extremely proud of her husband. “It’s a huge and a permanent loss for all of us. It is tough and will not be easy for the rest of our lives. As his wife, I can tell you that when I decided to get married to a soldier and being a daughter of army person, I know what life is like. Though Akshay was not in the infantry, he was expected to pitch in whenever situation demanded and they are trained for the combat. Although it is going to be difficult, I feel a sense of pride to say that Akshay was there fighting militants and the training provided to him and his patriotism did not go in vain,” Sangeeta said holding back her tears.

She also mentioned that she would like to connect with people who had lost their loved ones while safeguarding the country. “As of now it is too early but I would definitely want to do as much as I can”, she said.

Akshay has achieved martyrdom which not many would get to even dream. Though he is no more with us, his legacy will continue to inspire many youngsters to serve the nation.