Home » Feature Articles » An Elementary Grammar of the Coorg Language 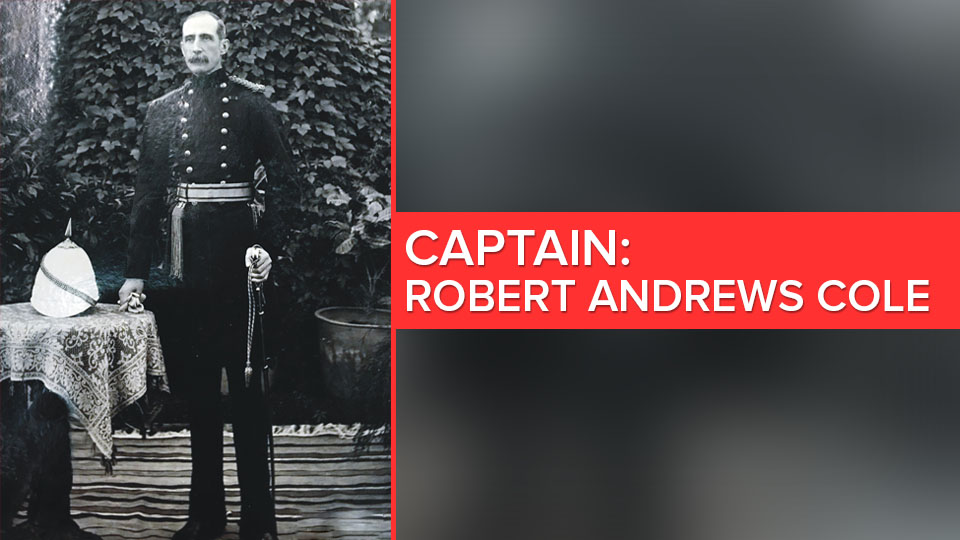 An Elementary Grammar of the Coorg Language

I was pleasantly surprised by an e-mail a few months ago from Mr. Nigel Cole, a great-grandson of Captain Robert Andrews Cole, who had three stints in Coorg as the Superintendent: March 1865 to October 1865, February 1866 to July 1869, and October 1869 to December 1869.  Mr. Nigel Cole, who lives in Wales, wanted to know if I could enlighten him about his ancestor. We later exchanged notes, and Nigel shared personal details and a photograph of his great-grandfather.

Captain Robert Cole was born and educated in Madras, where his father Maj. Gen Robert Cole Sr., was a doctor in the army.  Captain Cole’s first posting in Coorg was in March 1865 to step-in when the incumbent, William Hobart Kerr, took ill. Captain Cole was a young officer with a flair for languages.  He was fluent in Tamil, Telugu, and Kannada.  On his arrival in Coorg, he took an instant liking to the place and the people.

Astonishingly, Captain Cole found that Coorgs living in remote villages could not understand Kannada! In order to effectively communicate with them, he started learning Kodava language. His knowledge of South Indian languages helped him pick up the nuances of Coorg dialect, and soon he was able to interact with Kodavas in their own lingua franca. He then went about learning the language in-depth. His task was quite tough since none had codified the language and put it in writing. Since the language had no script, the job was even more challenging. Captain Cole continued his pet project even during intervals when he was posted outside Coorg.

His extensive interaction with the Coorgs finally resulted in his seminal 136-page book  ‘An Elementary Grammar of the Coorg Language’ published by the Wesleyan Mission Press in 1867. In the Preface to the book, he recounts his impression of Coorg, and Coorgs. He was fascinated by the bracing weather of the place. Here’s an excerpt of his rather poetic observations:

“…The thunderstorms during this season are often magnificent. The war of the elements is carried on here in grander style than in the low country. Banks and mountains of clouds move against each other with the order of armies. The sound of heavy cannon is heard from a distance, solitary discharges of the electric fluid shoot through the gloom. Now whole batteries are brought into action, deafening thunders roll over your head, and your eye shuts involuntarily against the dazzling brilliancy of the fire bolts. At last both hosts engage in close combat. The roar of artillery is heard at greater intervals, the lightnings lose their intense and fearful glare, and the rain pours down in torrents…”

In order to help him, his colleagues and successors to communicate with locals, he made extensive tables – Travel Talk – translating English sentences to Kannada (Canarese), Telugu, Tamil and Coorg language.

Captain Cole mentions the help he received from department clerk Belliappah, in compiling the book. My guess is that this gentleman was most likely Maneypanda Belliappa, one of the early batches of educated Kodavas, who later became the Assistant Commissioner of Coorg.  Captain Cole dedicated this book to Lewin Bentham Bowring Esq., who was the then Commissioner of Mysore and Coorg. Captain Cole endeared himself to the people of Coorg. He also wrote another important book titled, A Manual of Coorg Civil Law. During his tenure, he tried to unravel the secrets of the Dolmens found in some parts of Coorg. In appreciation of Captain Cole’s yeomen services, an emerging town at the time in South Kodagu was named after him as  Colepet.  However, over the years, Colepet got merged with present day Ammathi

Captain Coles’s wife, Pauline McCally, sadly died during his posting in Coorg.  She was buried in St. Mark’s Church, Fort,  Madikeri.  On promotion as a Major, he was appointed Superintendent, Inam Settlement, Mysore.  As a Colonel, he was with the Madras Staff Corps.  He rose to the rank of Major General by the time he retired and returned to England.  He died in 1907.

An e-book version of ‘An Elementary Grammar of the Coorg Language’ can be accessed on the internet at: www.books.google.co.in.

About the author: C. P. Belliappa, born in 1946, is a Chemical Engineer. He is currently settled in Coorg.  He is known for his writings on issues pertaining to Coorg. Four of his books — Tale of A Tiger’s Tail & other Yarns from Coorg, Nuggets from Coorg History, Victoria Gowramma: The Lost Princess of Coorg, and Tongue of the Slip, have been published by Rupa Publications.  He currently serves as President, Coorg Institute of Technology, Ponnampet, Coorg.