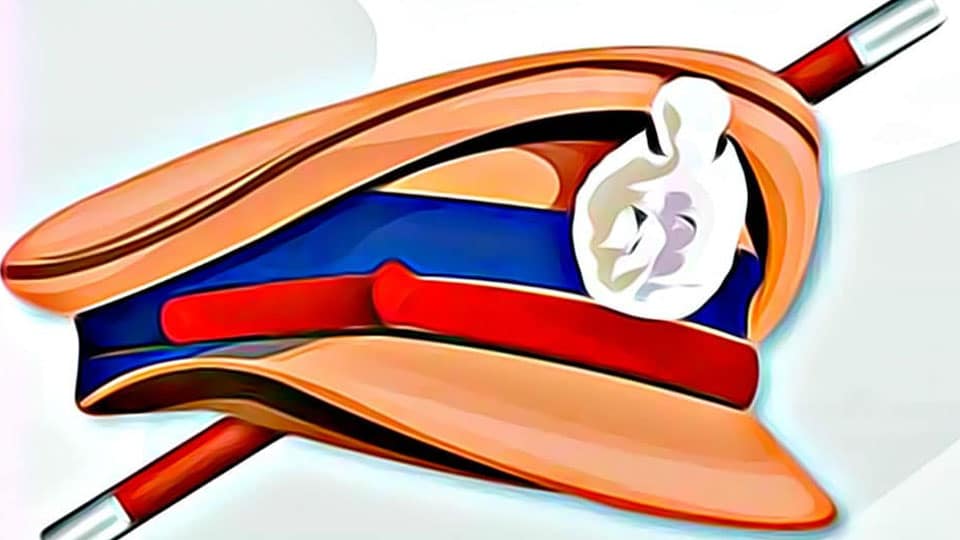 Srirangapatna: Even as several heads have rolled in the Police Department following the unearthing of the Police Sub-Inspector (PSI) recruitment scam where the CID is investigating the case, a cheating case has come to light where a farmer has been cheated of  Rs. 30.25 lakh after a conman promised a PSI’s post to his son.

Farmer Ningaraju from Gaamanahalli village of Srirangapatna taluk was promised the job in Police Department to his son Arun Kumar by one Manjunath alias Akshay from Kolar.

Ningaraju was introduced to Manjunath by Suresh, a BJP Spokesperson from Channapatna, who promised Ningaraju that Manjunath would secure the PSI job for his son who had applied for the job. As Arun Kumar had applied for the job, he was called by the Department for a physical test at Koramangala in Bengaluru and after the exam, both Arun Kumar and his father Ningaraju met Suresh Kumar at a five-star hotel in Bengaluru. One Padmanabha too was present during the meeting.

During the course of the conversation, Suresh Kumar telephoned Manjunath who was summoned to the hotel. Later, Suresh Kumar introduced Manjunath to Ningaraju and told him that Manjunath had the capacity and influence to get his son a PSI job.

Manjunath claimed that he is close to CM Basavaraj Bommai and B.Y. Vijayendra, the son of former CM B.S. Yeddyurappa and he could get the job through them. Ningaraju was convinced as the meeting took place at a high-profile hotel and Manjunath even told him that securing the job will be a smooth affair as he has high-level contacts.

After convincing Ningaraju, Manjunath cleverly placed a demand of Rs. 40 lakh. Ningaraju sought a concession and the deal was fixed at Rs. 38 lakh. Thinking that his son would be a PSI to recover what has been spent, Ningaraju sold his land. In fact, he owned only two acres of land and out of which he sold 1.5 acres to raise the money.

As he fell short of money, Ningaraju further borrowed money for hefty interest and collected Rs. 30.25 lakh. After handing over the money, Ningaraju told Manjunath that the remaining amount will be handed over once his son Arun Kumar received the appointment letter.

Yathish told Star of Mysore that Ningaraju has filed a complaint. “The CID is probing the PSI recruitment scam and as such, we will have to seek an opinion from the CID whether the Mandya Police should conduct the probe or if the CID will take over. Based on the feedback, the case will either be transferred to CID or an FIR will be registered in Mandya district,” the SP said.