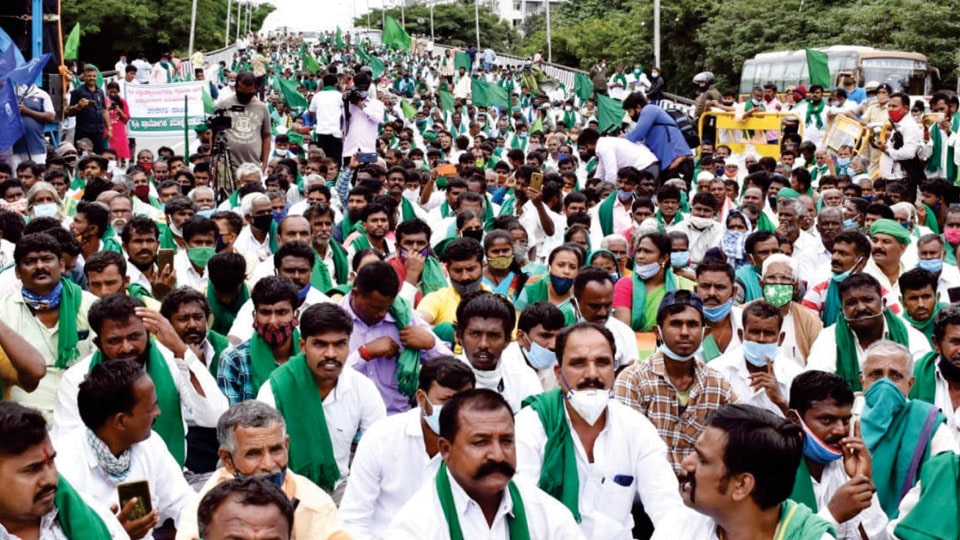 Bengaluru: Thousands of farmers and workers, belonging to over 30 farmer, labour and social organisations, began a day-and-night dharna at Freedom Park in the heart of the city this morning in protest against the  Centre’s recent amendments to Land Reforms, APMC and Electricity Acts and introduction of Farm Bills, which they claimed are detrimental to the interests of the farming community.

The protesters, who gathered at Majestic Railway Station (KSR Bengaluru Station), took out a rally to Freedom Park, where they will sit on Dharna till the Legislature Session ends.

Alleging that the amendments to Land Reforms, APMC and Labour Acts, effected by the Central and State Governments, were a death knell to the farming, peasant and the working class, the protesters wanted the Government to immediately repeal the amendments in the better interests of the larger population of the country.

They also resolved not to move out of Freedom Park until the Government announces withdrawal of amendments in the Session.