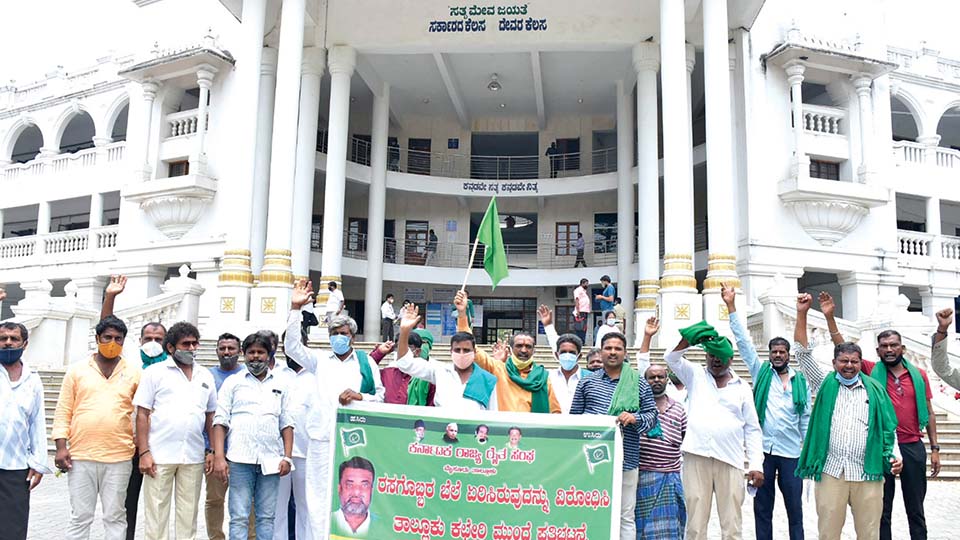 Mysore/Mysuru: Strongly condemning the steep hike in the prices of fertilizers, nearly 30 farmers under the banner of Karnataka Rajya Raitha Sangha (KRRS), staged a demonstration in front of Mini Vidhana Soudha at Nazarbad yesterday morning.

Maintaining that the Modi-led Government at the Centre has broken the back of the farmers with the sudden and  steep hike in prices of fertilizers and other agricultural inputs, the protestors accused the Government of destroying the agricultural sector by pursuing anti-farmer policies.

Claiming that the Government had hiked the price even as it has been saying that it is working towards doubling the income of farmers, the protestors asserted that the cost of  production is rising every year, which has forced the farmers to either opt for other occupations or migrate to cities in search of work.

Maintaining that the fertilizer price hike will badly hurt the farmers, the protestors urged the Government to roll back hiked prices and thus come to the rescue of the farmers, who are already reeling under the vagaries of nature and un-remunerative farm prices.