Home » News » Farmers yet to get benefits of farm loan waiver 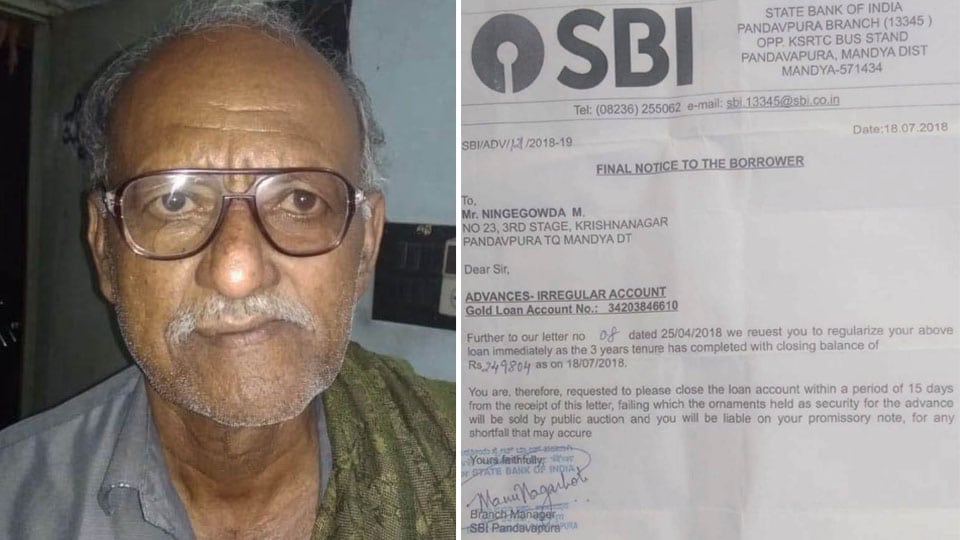 Farmers yet to get benefits of farm loan waiver

Mandya: Although the JD(S)-Congress coalition Government announced farm loan waiver in its budget, the scheme is yet to reach the beneficiary farmers, as the banks are yet to get directions from the Government in this regard. With no proper mechanism in place for farm loan waiver, banks are continuing to serve notices to defaulting farmers, which has left the farming community to ponder over.

In the absence of clear yardstick and guidelines, the banks, both public sector and District Co-operative Banks, are driven to confusions.

The farm loan waiver in Public Sector Banks announced by CM Kumaraswamy, had no clarity and set of guidelines for the implementation of the scheme.

Kumaraswamy in his budget presented on July 12, 2018 had declared that consent loans upto Rs. 1 lakh as on July. 10, 2018 and crop loan upto Rs. 2 lakh (From April 1. 2009 to Dec. 31, 2017) would be waived off. But the State Government is yet to come up with clear guidelines on a proper mechanism for implementing the farm loan waiver.

Even though the Government has promised to remit the amount due to the banks in four equal instalments sans any interest, the bank’s are refusing to accept the Government’s take as the banks does not have the power to independently take decisions on interest waiver. It is only the RBI and the Bank Management Boards that one vested with the powers to waive off loans. With the bank’s hesitating to implement farm loan waiver in the absence of clear cut and unambiguous guidelines, the farmers are caught in the crossfire between the State Government and banks.

Even as the farmers have stopped repayment of loans following the announcement of farm loan waiver, the banks have continued to serve notice to all farmers who have defaulted on loan repayments. This action of the bank’s has upset the farmers, who were eagerly awaiting waiving off.

In Mandya, more than 1.75 lakh farmers have availed loans from DCC and Public Sector Banks over the past four years and a majority of them have failed to repay loans. As such, these Banks are yet to get back Rs.3,000 crore along with interest.

With the farm loan waiver yet to practically take off, the Government announcement lies only on paper.

Amidst all this, the bank’s refusing to pay heed to the Government’ s mere announcement sans any clear guidelines, have resumed auction of jewellers, vehicles and other properties pledged by the farmers for availing loans.

However, the banks are faced with severe opposition from the farming community for the auction of pledged articles and properties at the taluk level. Following severe opposition at the taluk level, bank branches have started the process for auctioning through district headquarters banks, besides, the banks have been publishing notices in newspaper on auctioning the pledged properties of defaulting farmers.

Meanwhile, Mandya Lead Bank Manager Prabhudev said that although the State Government has declared farm loan waiver, there are no clear cut guidelines or a mechanism. Confusion persists on the type of loan waiver and other issues concerning farm loans.

Loan recovery has been badly hit by the Government’s announcement on farm loan waiver and this has hugely affected banking transactions.

Farm loans in Mandya district runs up to approximately Rs.3,000 crore and the bank officials are in a tricky situation, where in they find it hard to explain the farmers who visit the seeking details of farm loan waiver, he said.

CM H.D. Kumaraswamy Farmer Loan Waiver
Elephant Circle to be rebuilt by Oct.5
35 km around city centre to be illuminated this Dasara