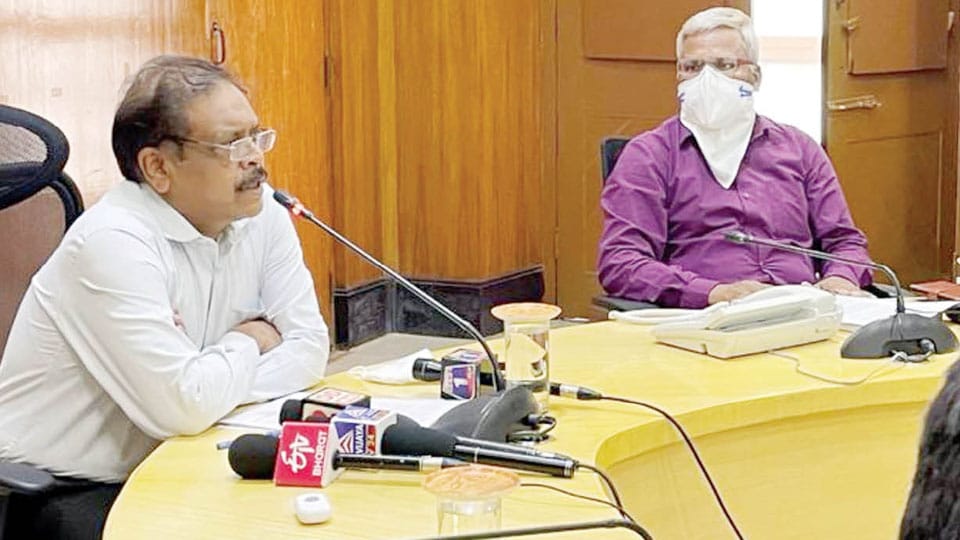 Festival rush: Railways to run special trains up to Apr. 14

Mysore/Mysuru: Mysuru Division of South Western Railway (SWR) is operating 20 additional trains from Apr. 10 to 14 to clear extra rush of passengers due to Ugadi festival as well as ongoing strike by KSRTC staff.

Addressing a news conference here on Friday, Rahul Agarwal, Divisional Railway Manager (DRM), SWR, Mysuru Division, said that nearly 70 percent of train services which were suspended during lockdown last year, have been restored, with as many as 100 pairs of trains in Mysuru Division plying to destinations in various States.

Of 20 new trains which started from Saturday, eight trains originated from Mysuru city.

The general public was suffering due to indefinite strike by KSRTC staff and understanding this, the Railways will run 20 special trains up to April 14. “We are ready to operate more number of trains, if required,” he added.

Good response: Special train services from Mysuru to Belagavi, Talaguppa and Arasikere has started from Saturday for which passengers can buy tickets from the counters at Railway Stations. Before COVID-19 outbreak, Mysuru Division was operating 180 trains, out of which 120 train services have now been restored. The response from the general public has been good, he said.

Fake video: Agarwal said fake video of a huge crowd at a Station in Mysuru Division has been uploaded in social media to mislead people. In fact, no Railway Station in this Division has witnessed such a big crowd. The COVID-19 guidelines were strictly followed in all Stations in the Division. The citizens must not share such videos, he urged.

Railway terminal: Referring to Satellite Railway terminal at Naganahalli, the DRM said that the project is likely to be delayed due to land acquisition issues.

About Chennai-Bengaluru-Mysuru Bullet Train project, Agarwal said, this project would not come under his jurisdiction. He was only aware of the fact that survey work was on for this project, he added.