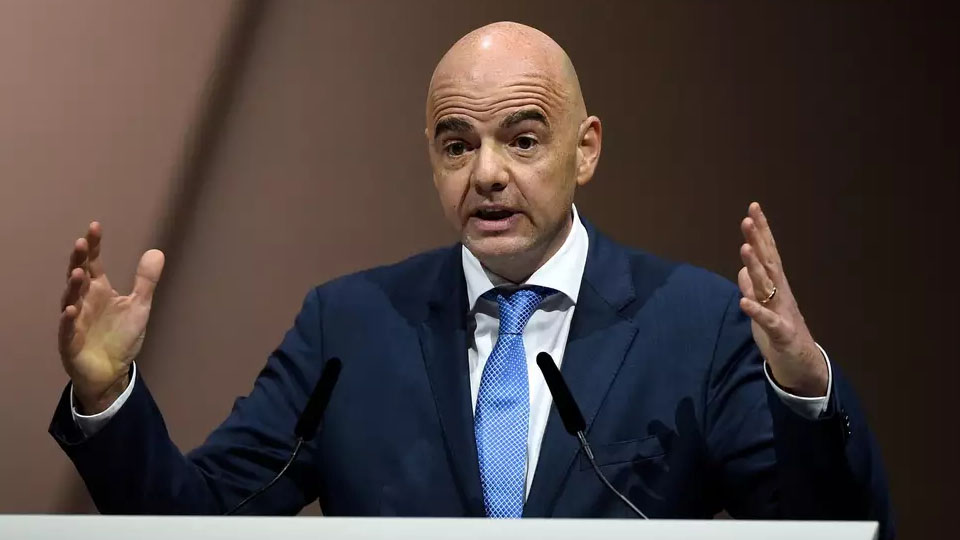 Moscow: FIFA Chief Gianni Infantino said on Wednesday he will stand for re-election as the head of football’s world governing body next year.

Infantino said earlier that FIFA had been “clinically dead” when he took over in 2016 from long-time president Sepp Blatter who was engulfed by corruption allegations. Two years later, it was “very much alive” and full of “joy”, with a clear vision for its future, Infantino said in remarks to the FIFA Congress in Moscow on the eve of the opening match of the 2018 World Cup.

Blatter is being investigated by Swiss prosecutors for alleged corruption during his 17-year reign at the head of FIFA.

Elections that handed the World Cup to Russia in 2018 and Qatar in 2022 have since been the target of allegations of bribery, and hastened the end of Blatter’s time in office. He continues to protest his innocence.

Infantino has put FIFA on a sound financial footing and made efforts to address allegations that FIFA had become riddled with corruption and its senior officials open to bribes.

The 48-year-old Swiss has also ushered in the introduction of innovations such as the Video Assistant Referee (VAR) system to analyse controversial on-pitch incidents during matches.

VAR will make its World Cup debut in Russia.