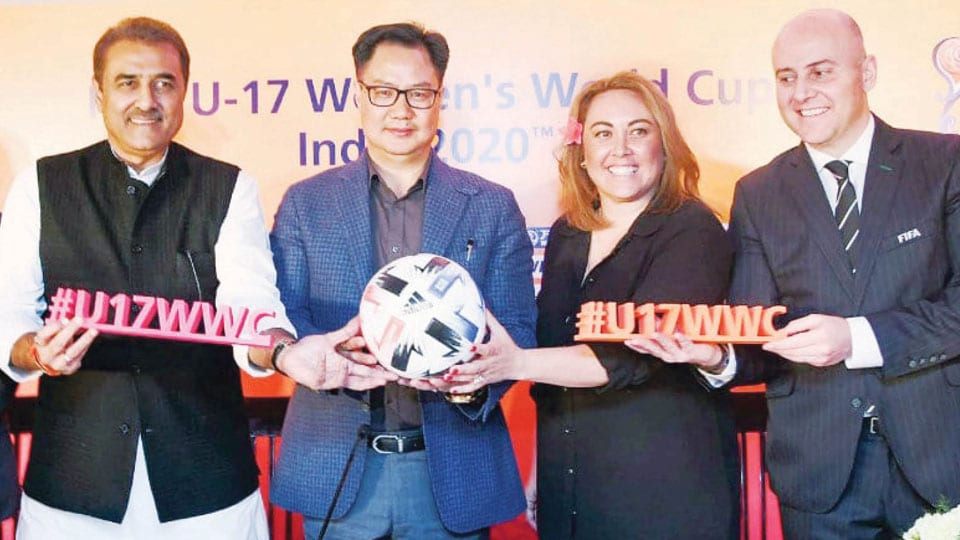 The Fédération Internationale de Football Association (FIFA) Under-17 Women’s World Cup which was supposed to be held in India in 2021 has been cancelled due to the Coronavirus pandemic. However, India has been given the opportunity to host the tournament’s next edition, which will be held in 2022.

The tourney, which was originally scheduled to be held in 2020, got postponed due to the pandemic and rescheduled by FIFA to be held in February and March in 2021 in India.

“Since the previous decision earlier this year to reschedule the tournament to early 2021, FIFA has been consulting with all stakeholders — including the host member Associations, participating member Associations and Confederations — to continuously monitor the situations in relations to the pandemic, in particular with regard to any potential impact on the overall welfare and safety of age-group players and participants. As part of this extensive consultation process and the “health and safety first” approach FIFA has taken, further major concerns in several areas were also raised by stakeholders for 2020,” FIFA stated in its press release.

All India Football Federation (AIFF) responded to the postponement and said that they will continue to make developments in the women’s football in India as they plan for the U-17 Women’s World Cup in 2022. “In light of not being able to host the tournament next year, FIFA U-17 WWC taking place in India in 2022 comes as a delightful silver lining. Following discussions with FIFA, we agreed that hosting the tournament without proper qualifications and without spectators led to more uncertainty, and it would have taken away from our objective of developing and promoting women’s football by hosting the competition in such circumstances,” AIFF President Praful Patel said in the press release.

“We now have a unique opportunity to start afresh and still have a considerable headstart from the work that has been already put in. The journey we have made so far has given our women footballers confidence to compete at the highest level, and we are committed to steering women’s football in the right direction to ensure it achieves the heights it deserves,” he added.