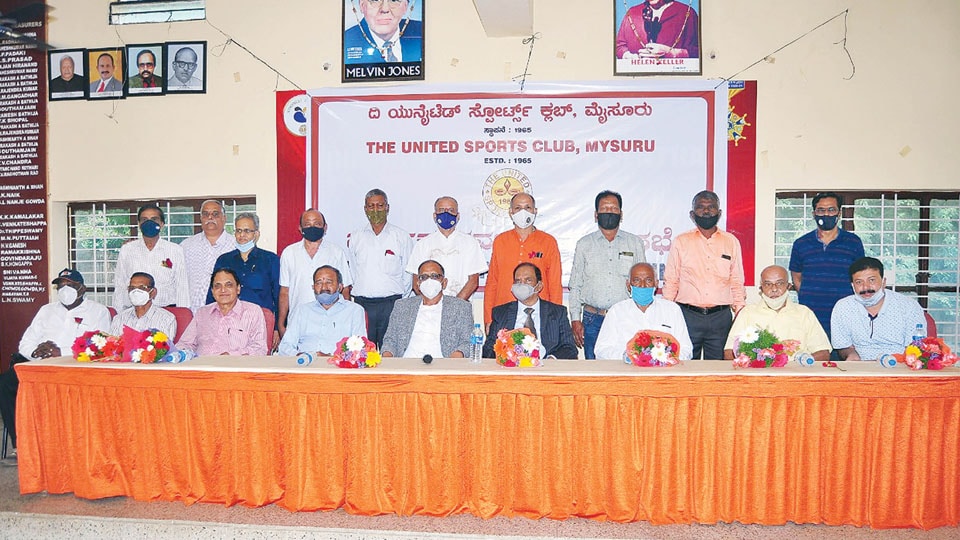 The General Body Meeting of the United Sports Club, Mysuru, was held on Nov. 8 after a gap of three decades to revive, promote and propagate the indigenous game kho-kho in and around Mysuru city.

The meeting was well-attended by about 50 members including Founders, Seniors and Juniors who have played for the Club up to 1983-84. Col. K.N. Shamasundar, Founder-Secretary of the Club, presided over the meeting.

The General Body deliberated a lot of subjects with regard to the development of the Club and unanimously resolved to approach Mysuru City Corporation (MCC), Mysuru Urban Development Authority (MUDA) and the State Government to get suitable kho-kho ground in city for 30-year lease to train youths in kho-kho as well as to organise tournaments.

During the meeting, the following persons were unanimously elected as the office-bearers of the Club: