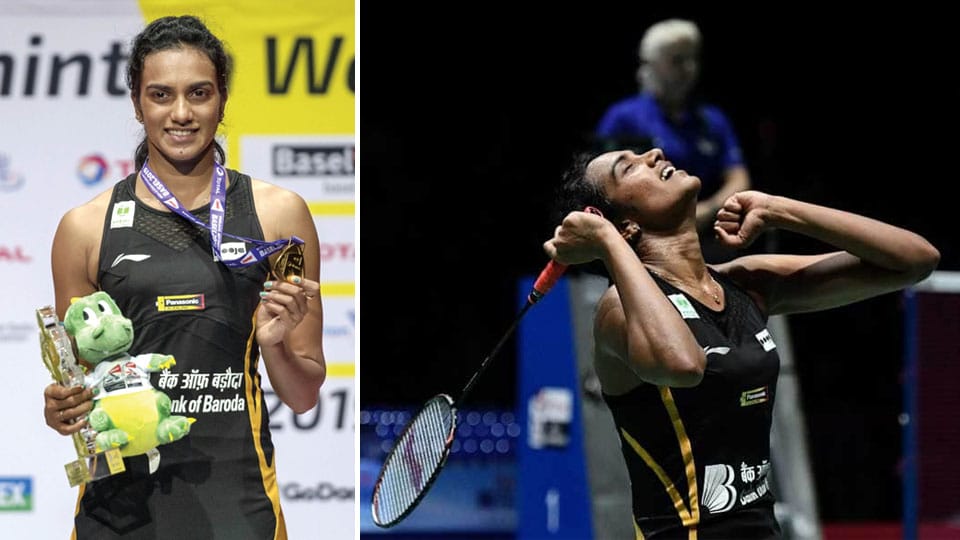 Sindhu, without breaking a sweat, closed the first game in 16 minutes. Okuhara, on the other hand, continued to make unforced errors to allow Sindhu clinch the Championship point and seal the final in 38 minutes.

Sindhu completely took control of the match from the opening game. She clinched eight consecutive points to make the final look like a walk in the park.

Okuhara, on the contrary, looked out of touch and failed to produce any serious challenge for her Indian counterpart.

In the second game, Sindhu, who had defeated World No.1 Tai Tzu Ying in the quarter-finals, continued to display her brilliance from the outset, clinching seven consecutive points.

She did not allow Okuhara settle down as the Japanese displayed her agony by screaming loudly with every point she lost. Sindhu went on to capitalise on her momentum and win the final with ease.

After her epic triumph, Sindhu dedicated the win to her mother P. Vijaya (a former national level volleyball player) who was celebrating her birthday on Sunday.

“I would like to dedicate this win to my mom. It’s her birthday today. Thank you mom,” Sindhu said with moist eyes. The 24-year-old Indian shuttler also thanked her coaches Kim Ji Hyun and Pulela Gopichand and the entire support staff for preparing her for the intense battle in Basel. Interestingly, the crowd inside the auditorium in Basel started singing happy birthday when Sindhu revealed that it was her mother’s birthday.