Home » Columns » Fine us, but punish them 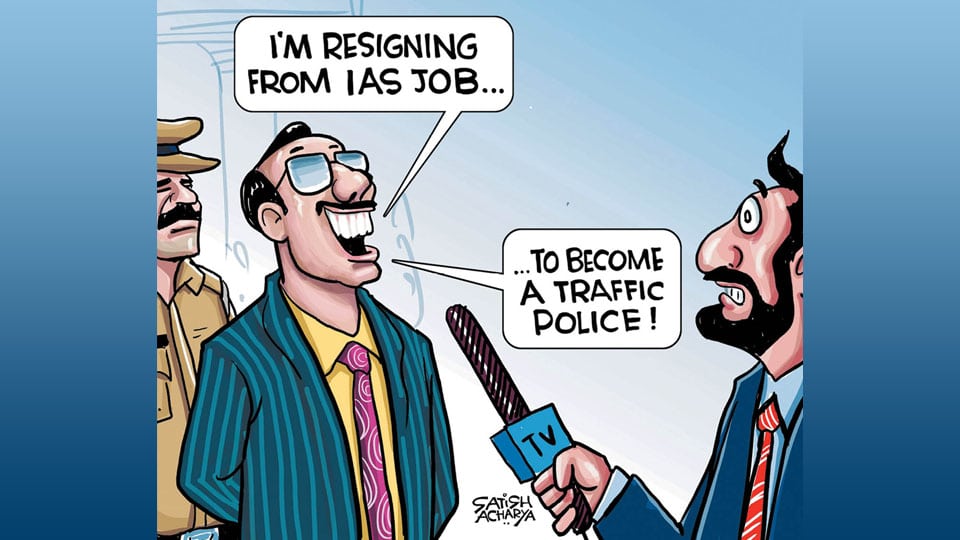 Fine us, but punish them

Three weeks ago, a friend picked me up for lunch. He was late. The reason for the delay he said was the long line at the RTO and Emission Certification Centre.

A few minutes into our drive, I noticed there was a red ‘L’ board sticker on his windshield. He said his licence had expired 3 years ago so he had to start the licence process from scratch. And now at the age of 43 he had to take a driver’s test again and is now driving around with an ‘L’ board.

But what prompted him to get his licence now, when he was audacious enough to drive without one for 3 years? I also noticed his dark tints were removed. So what changed his mind after all these years? So, What made him follow the law now? — Fear. Fear of a “hefty” fine.

India’s Parliament approved the Motor Vehicles Amendment Bill on July 31, 2019, and one of the reasons for the amendment was the number of deaths on Indian roads. India accounts for about 2% of motor vehicles globally, but accounts for more than 11% of road traffic deaths globally. This is because we Indians don’t care for our own safety. As senior Police Officer  Praveen Sood, said “What is in public interest may not always be what the public is interested in.” And he is right.

Every year the Mysuru Police warn people not to climb up and gather atop old buildings along the Dasara procession route. Yet every year the public does exactly that. How much can the Police or law do if people don’t care for their own safety?

We have a culture that has complete disregard for our safety and others’ too — from getting up before a flight comes to a complete halt to hopping onto a moving train; from driving up a one-way street to checking safety ratings of cars. In fact, Maruti Suzuki did a survey where they found that when the company offered an air-bag for the passenger seat in the Maruti Alto for just an additional Rs. 6,000, only 5% of car buyers opted for it. Guess, they don’t like their spouse too much!

Now, everyone is complaining about the ‘heftiness’ of the fines. But if you follow the law, why do you care how much the fine is? So should we have cheap fines and chaos instead of hefty fines and order?

Also if people are worried that Police will demand more bribe, then you simply have to follow the law so the cop has no reason to ask for a bribe.

Unfortunately, like how in Europe fine is based on a person’s income, in India we cannot do that because most people don’t even pay taxes; so we don’t know their income, so on what basis can we fine them? May be we should fine based on the price of the vehicle being driven.

While the Government is quick to fine a vehicle owner, what about fine for Government servants who make roads dangerous for the common man? When will the Government make road contractors accountable?

In 2017, there were 803 deaths due to terror attacks and Naxal strikes, while potholes claimed 3,597 lives! Potholes are more dangerous than terrorists! This data was reported by the Supreme Court-appointed Committee on Road Safety.

The Supreme Court, while calling these deaths as “A tragedy that arises only due to lack of concern by authorities,” also rued saying, “Unfortunately, no criminal action is taken against authorities for their negligence.”

Well, now with the new amendment they can. But will they?

In 2015, the Bengaluru Police booked a man for negligent driving, when he lost balance after hitting a pothole on Devara Beesana Halli flyover throwing his wife to the ground killing her, instead of arresting the contractor for putting the lives of  citizens in danger because of his shoddy work.

In this Bill there are some provisions for the road contractor to be penalised but it will work only if it’s connected to Section 304A of Indian Penal Code  which says, “Whoever causes the death of any person by doing any rash or negligent act not amounting to culpable homicide, shall be punished with imprisonment of two years, or with fine, or with both.”

Also the officers implementing these new rules, will they do an honest job of it? Already jokes are doing the rounds that now the dowry for a Traffic Police man is higher than an IAS Officer !

Then how can a rule such as Section 194B, which makes it mandatory for every child to be secured by a safety belt or a child-restraint system, be monitored? What about children who are sandwiched between parents on a scooter?

The Police should  first force people to follow traffic rules, personal safety rules can wait. After all, it is called “personal” safety for a reason, it’s personal. If they don’t love their own head, it is their headache but if they drive up a one-way street, they are endangering the public.