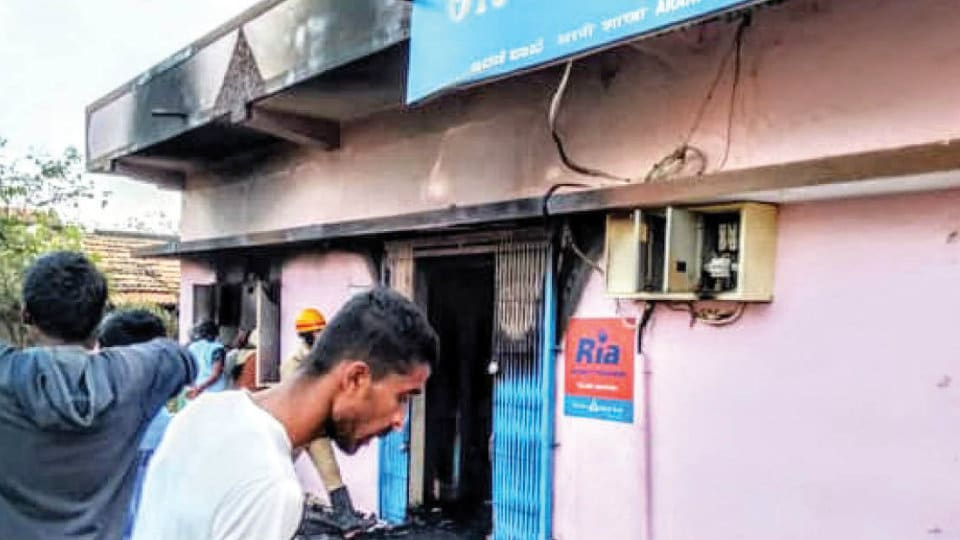 Mandya: An accidental fire has destroyed documents, furniture, computers and other items of Canara Bank at Arani village in Nagamangala taluk in the wee hours of Sunday morning.

Though it is suspected that an electrical short circuit might have been the reason behind the fire, the exact reason is yet to be ascertained. Fire and Emergency Service personnel, who rushed to the spot, extinguished the fire and prevented it from spreading further.

Bank Manager Shravanakumar said that important documents, furniture, computers and other items worth about Rs. 50 lakh has been destroyed in the fire, but the cash, which was kept in the locker is safe.

“The fire was noticed at about 2 am on Sunday and as there were no security personnel guarding the bank at night, the information reached late to the Fire Station,” the Police said and added that 75 percent of the building has been destroyed in the fire.

Sub Inspector Rajendra visited the spot. A case has been registered at Bellur Police Station.